Our latest news items are shown below. Sign up for our newsletter to receive our news straight to your inbox.

We are delighted to announce the discovery of Princess Diana's 1981 Ford Escort Ghia saloon.

Reeman Dansie, the Specialist Royalty Auctioneers in Colchester, Essex, are delighted to announce the discovery of Princess Diana’s 1981 Ford Escort Ghia Saloon, having disappeared from public view for over 20 years. This was the car given by Prince Charles to his fiancé as an engagement present in May 1981, two months before the Royal Wedding and used by her until August 1982. Read more

Lorna and Gordon were both born in London and each developed similar interests in ornithology, art, music and antiques. They met in the early 1970s and were married in 1974 after which their mutual passion for collecting flourished. Read more

An appreciation by his friend Andy Jones

Robert was born on September 1, 1945, the third of four children. He attended Dartford Grammar school where he was befriended by Mick Jagger – who was so impressed by Robert’s ability to play two recorders simultaneously that he invited Robert to join his band! Read more 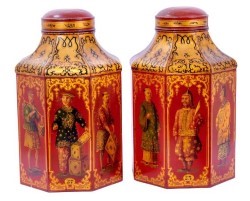 Fine furniture, works of art, jewellery and paintings to be included in our Antiques & Fine Art Sale - 26th & 27th January