Anthony Atkinson was born in Croydon and trained at Wimbledon School of Art and the Royal College of Art. Upon graduation, some of his first work was poster designs for London Transport, he also produced designs for the GPO, Essex County Council and Shell. On a recommendation from his RCA tutor Carel Weight, he won a teaching post at Colchester School of Art in 1955, then in 1964 he was took over from John O’Conner as head of the Art School. He was a significant figure in the local art scene, was a member of the Colchester Art Society from 1973 and President from 2000 until his death. He exhibited widely including at the Minories, Leicester Galleries and at the Royal Academy. He painted in watercolour, gouache and oils. His subjects are usually landscapes, often favouring East Anglian subjects. Works at auction are quite scarce and currently quite accessible for collectors, prices typically low to mid hundreds. 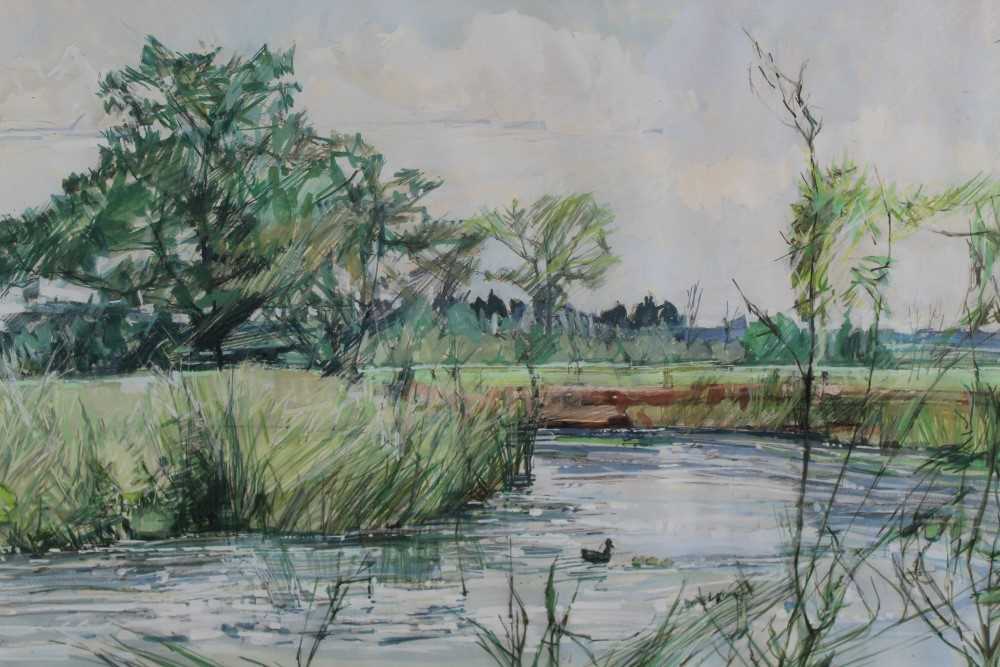 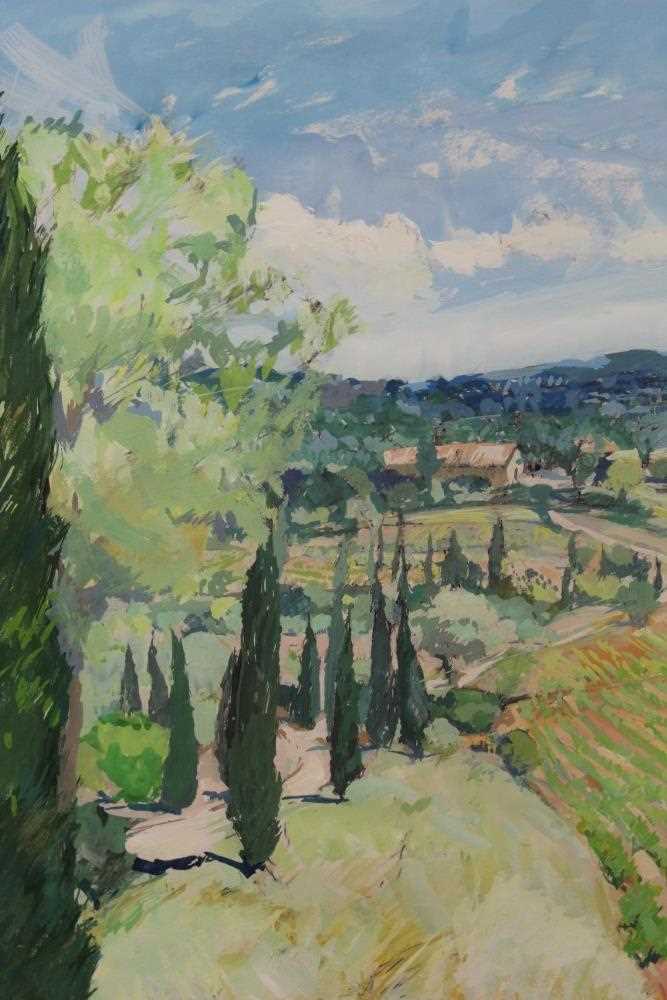 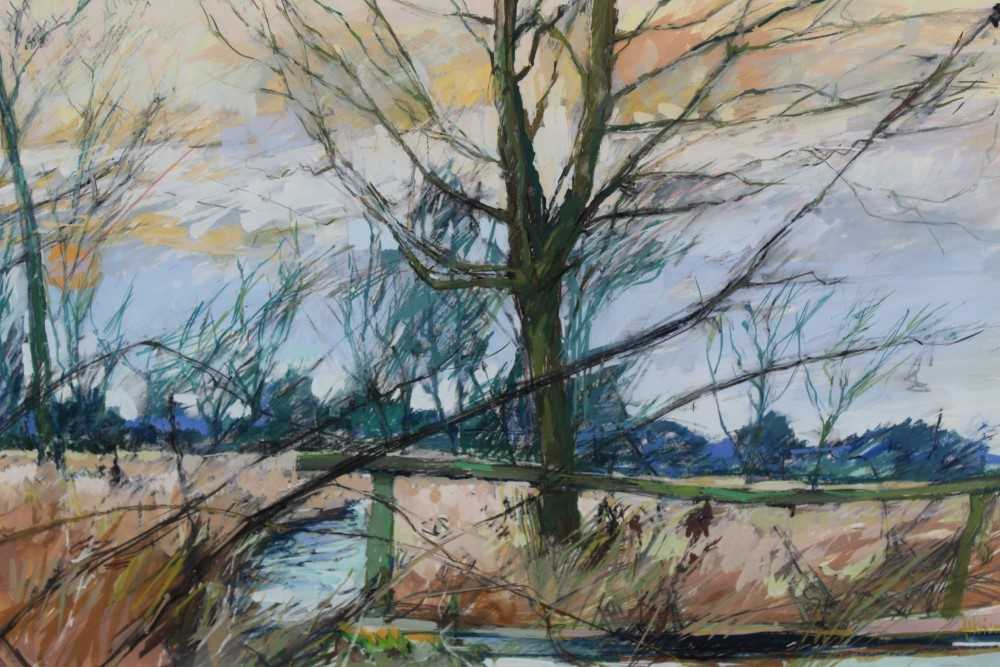