Charles Bartlett was born in Grimsby and attended the Eastbourne School of Art, he was awarded a scholarship to attend the Royal College of Art but WWII intervened and he joined the Guards Armoured Division. In 1946 he took up his place at The Royal College of Art where he studied for four years, focussing on print making and painting. At the suggestion of his tutor Robert Austin he visited East Anglia which became an inspiration throughout his career, he purchased a vintage wooden boat, which he used to explore the creeks and marshes of the coastline.

After training Charles taught part-time at various institutions including Harrow College of Art, combining this with his artistic career, he was employed by print studios including Editions Electo, and was influential in his developments in colour etching, experimenting with the use of block colours and multiple plates. He was elected Fellow of the Royal Society of Painter-Printmakers and Fellow of the Royal Watercolour Society, serving as president from 1987-1992.

In 1975 he settled in Fingeringhoe with his wife, the artist Olwen Jones, now focussing full-time on painting and printmaking and often collaborating with his wife. A major retrospective was held of his work at the Bankside Gallery in 1995.

Charles Bartlett is best known for his East Anglian coastal landscapes, the majority of works at auction are his colour etchings, which typically achieve low hundreds, and watercolours selling for low to mid hundreds, there has been some growth in auction prices for his work over the last decade. 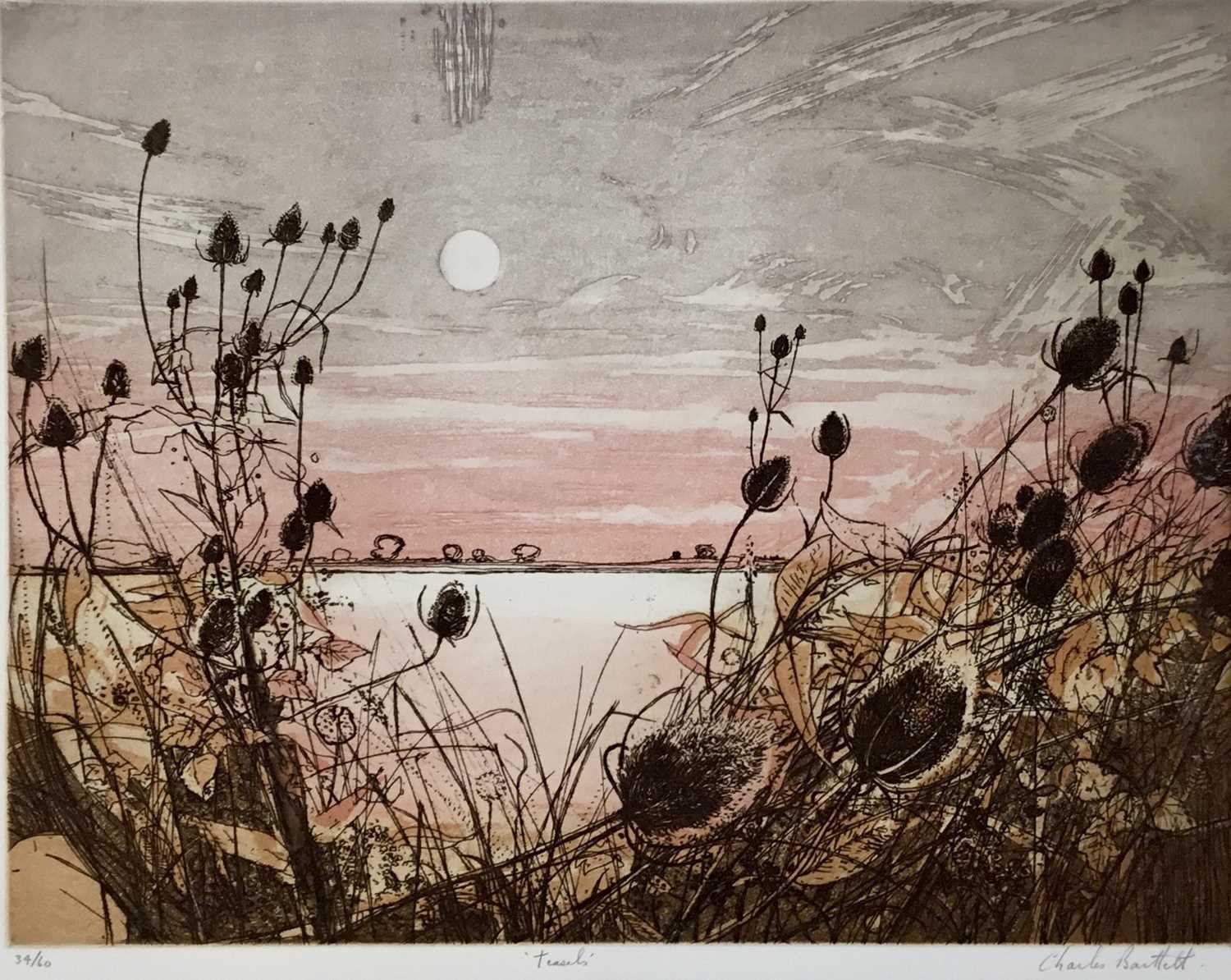 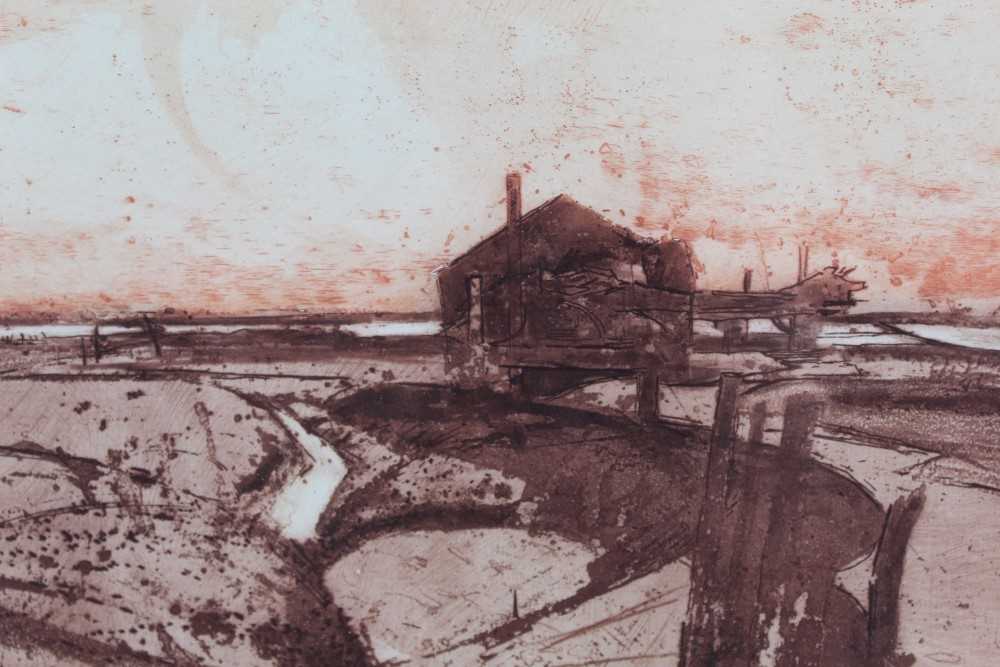 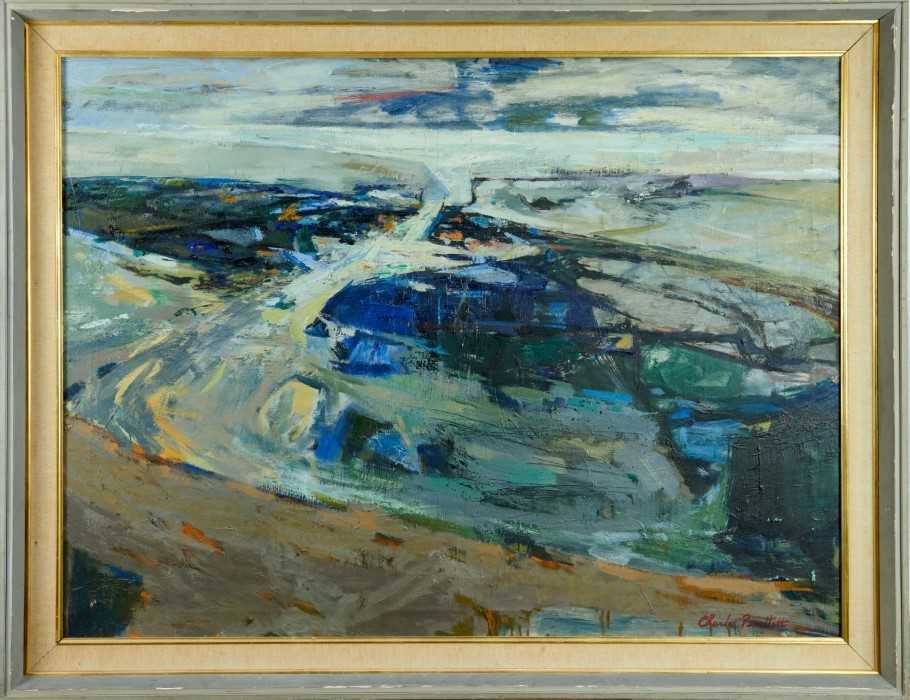