Clive Madgwick was born in London and pursued a long career as a dentist before changing paths to become a professional artist. He painted, entirely self taught, as an amateur for many years and exhibited and sold his work to patients in his surgery. In 1972 he turned professional, working in the Sudbury area and selling his paintings through Suffolk galleries and further afield. He gradually became well known, as fine art prints, cards and calendars of his paintings became international best sellers. He exhibited with the Ipswich Art Club, the United Society of Artists, and Society of Equestrian Artists and received significant commissions from a number of leading companies including Calor Gas, Boots Chemists and Abbey National.

Clive Madgwick sometimes worked in watercolour but more commonly in oils which are almost always (except early works) on canvas. Values are largely dependent on subject matter and scale, pictures range to quite large sizes, subject matter is usually landscape and most often depicting Suffolk scenes although he also travelled the U.K. for subject matter. Prices at auction have been consistent over the past decade, exceptional works tend to make into four figures, smaller canvasses may be purchased for low to mid hundreds. 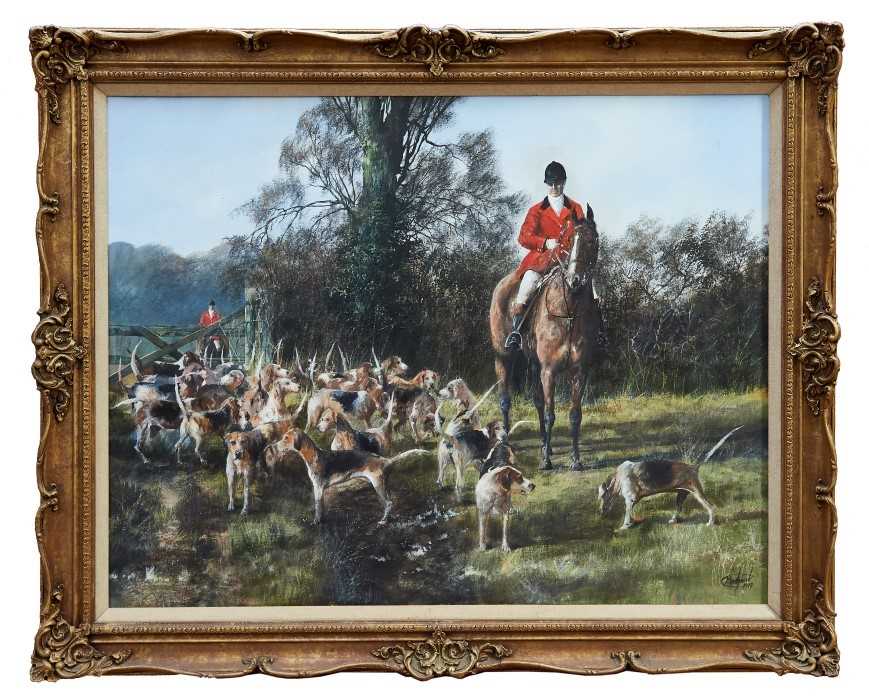 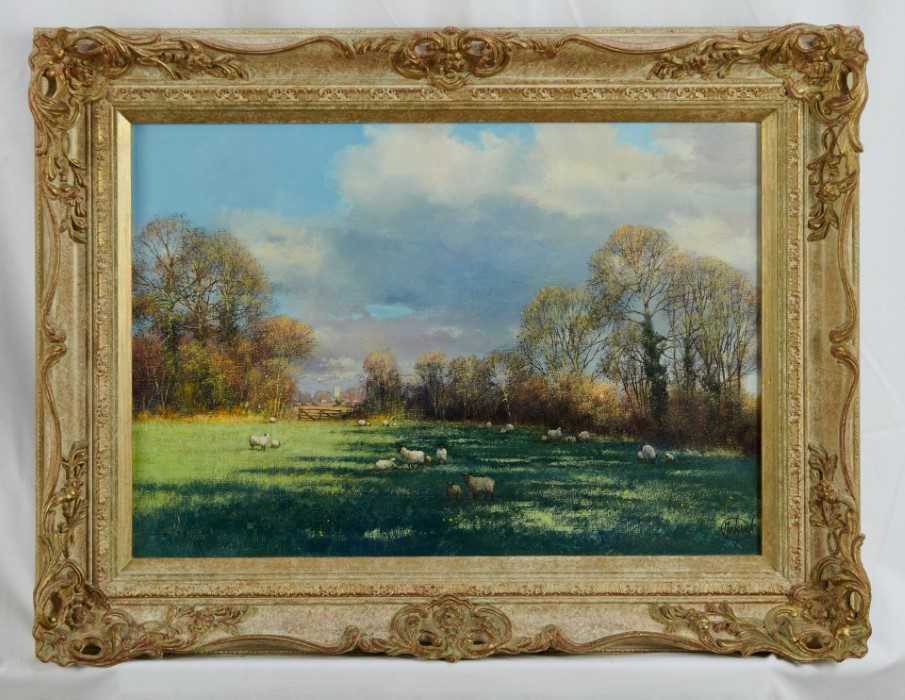 *Clive Madgwick - acrylic, sheep in a field
Sold for £320 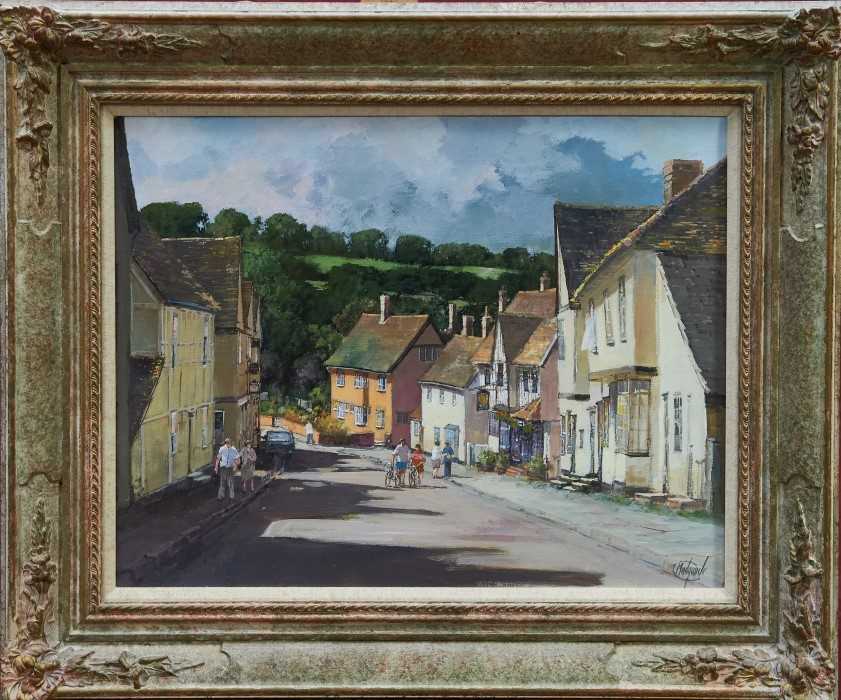 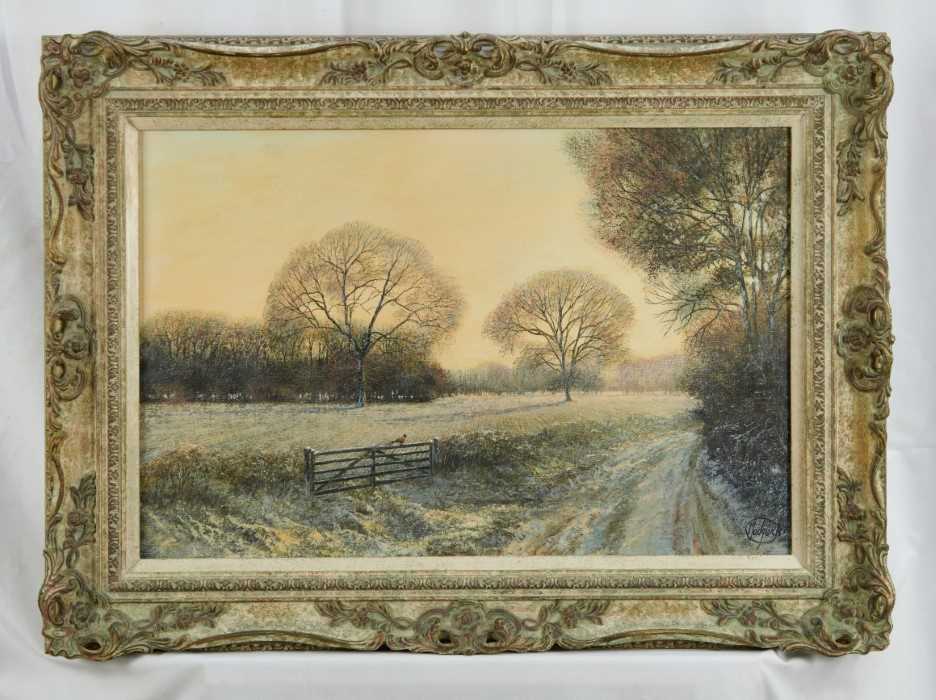 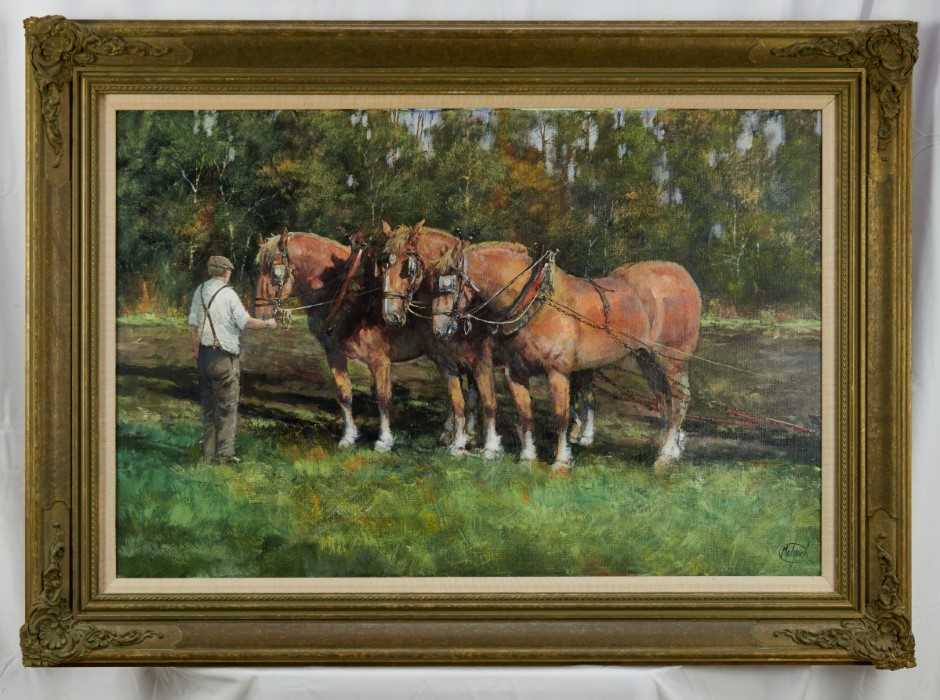