Colin Moss was born in Ipswich, but raised by relatives near Plymouth after his father was killed at Passchendaele in 1917. Colin studied at Plymouth School of Art and then at the Royal College of Art before working in the Camouflage unit during WWII. In 1941 he was drafted into the Life Guards. He sketched his experiences throughout the war and revisited the subject of warfare throughout his career.

In 1947 he joined the staff of Ipswich School of Art where he taught life drawing until 1979, he was considered an inspirational teacher by students including Maggi Hambling and Brian Eno. He had a successful solo show in 1951 at the Kensington Art Gallery, followed by a critically successful joint show at the Zwemmer gallery in 1953, where he was singled out for praise in an exhibition also featuring Frank Auerbach and John Bratby. Moss captured the prevailing artistic mood, painting in a kitchen-sink style depicting scenes of everyday working glass life, of particular note is his a series of monumental studies of workmen from this period.

Throughout his career Colin Moss was a significant and busy figure on the East Anglian art scene, he co-founded the New Ipswich Art Group in 1958 and Six in Suffolk Group in 1976, and was chairman of Ipswich Art Club from 1970. He constantly adapted his style throughout his long career and experimented with vivid colours and abstraction. He was however first and foremost a superb draughtsman, anecdotally considered to be the finest of his year at The Royal College of Art. He was equally adept across a range of media. Prices at auction are wide ranging. Generally his 1950s workmen subjects are his most valuable and oils can make several thousand. Works on paper typically range from low to mid hundreds. 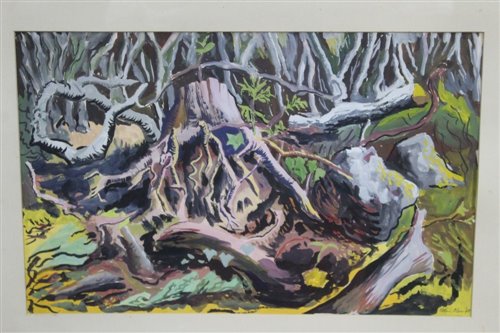 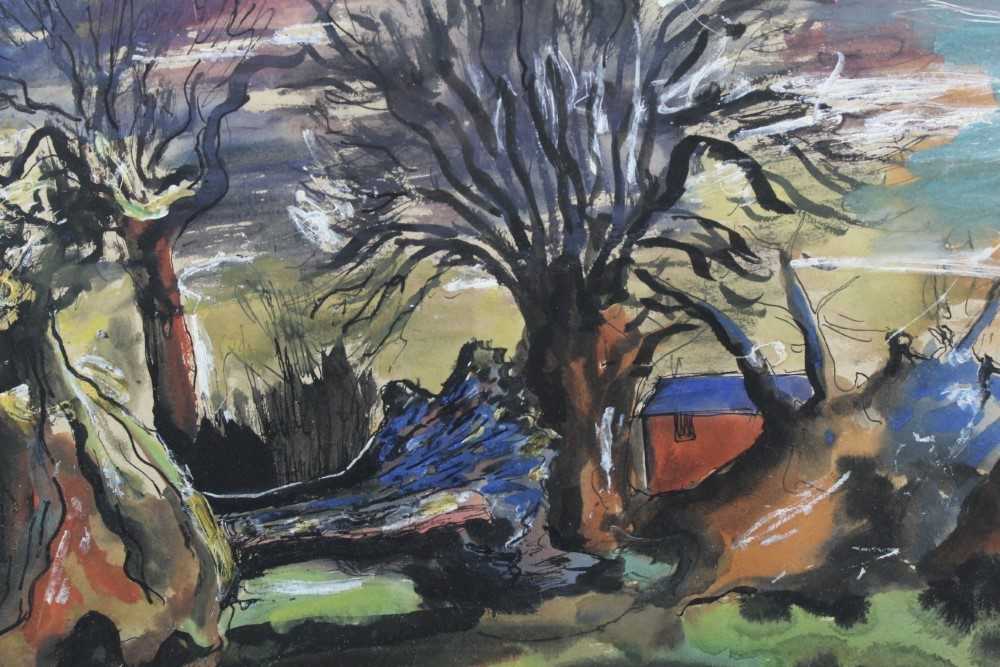