Colin Self was born in Norfolk and trained at Norwich School of Art and The Slade School of Fine Art. Whilst at the Slade he was encouraged by Peter Blake and David Hockney to pursue his experimentation with Pop Art, in particular, he explored the theme of The Cold War and made subsequent trips to America and Canada which provided further subject matter, motifs in his work of the mid 60s juxtapose hot dogs and art-deco diners with bombs and nuclear shelters. In 1965 he left London and based himself again in Norwich. By 1969 he had distanced himself from dealers representing his work, and has worked largely independently since, still deriving inspiration from a mix of political and mundane subjects. He has exhibited widely including at the Museum of Modern Art, New York, The Tate Gallery, Norwich Castle Museum and Art Gallery, Imperial War Museum and other major International Museums and is represented in many leading collections. He has become well known and innovative as a print maker and was described by artist Richard Hamilton as ‘the best draughtsman in England since William Blake.’ He works across the spectrum of media and sketches and paintings often include collage elements and utilise unusual recycled materials such as take-away receptacles as a base to work on.

Colin Self works at auction circulate with frequency, prices range considerably, many small works and prints are accessible for most collectors and sell for low hundreds. His 1960s pop art and other significant work has made into mid-thousands.

*Colin Self (b.1941) pencil on parking ticket - Rabbit hutch 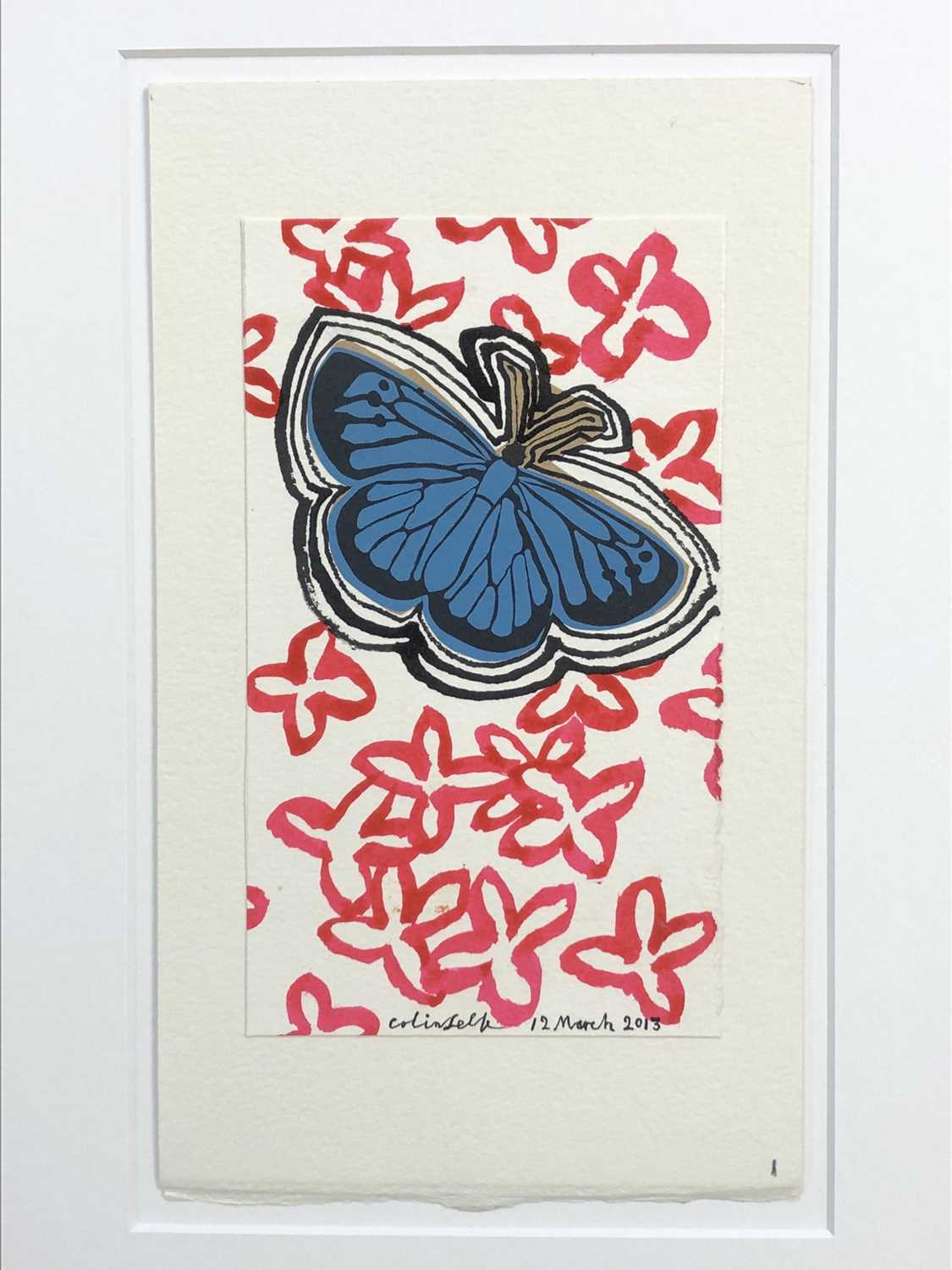 *Colin Self (b. 1941) mixed media, paint and collage, St George and the Dragon