Edward Bawden was born in Braintree and as a child showed a talent for art, whilst still at school he was permitted day release to Cambridge School of Art. He later attended full time and completed his education at the Royal College of Art, where he met fellow student Eric Ravilious (1903-1942) and his future wife Charlotte Epton.

As a student he was championed by Paul Nash and his career quickly bloomed. Predominantly a commercial artist and craftsman, his work was diverse, designing for Curwen Press producing illustrations, he also worked for advertising agencies and produced designs for advertisements, ceramics, wallpaper and even garden furniture, his designs have become iconic and he was highly influential in the prevailing inter-war style. During World War Two he was an official war artist.

In the 1930s Edward and his wife Charlotte moved to Great Bardfield, becoming leading figures in the collective group of artists which established themselves in the village in the mid-20th century. Edward Bawden continued to work there until 1970 when he moved to Saffron Walden. He rarely worked in oils, but embraced a range of other media. His most valuable work is usually his watercolour landscapes which often make mid-thousands or more. A series of epic scale Lino-cuts, including Brighton Pier, Liverpool Street Station and others make similar sums, but smaller works can be purchased for mid-high hundreds. 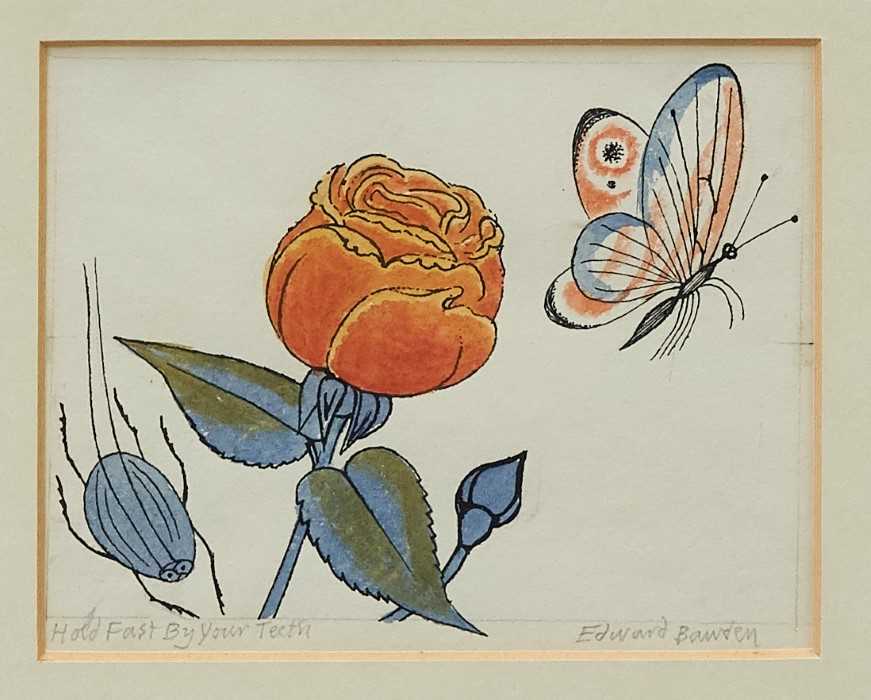