Francis Plummer was born in London in 1930, He studied art and design at the Woolwich Polytechnic School before formal training at the Royal Academy Schools from 1949-54 where he achieved a RA Diploma and was awarded the coveted Leverhulme scholarship for £100. his circle of friends included Alan Reynolds and together with two other students they formed ‘The Shoreham Group’. Francis’ professional career had several strands with freelance work as a medical, anatomical and technical illustrator - initially at Guy’s Hospital. Advertising work including commissions for the National Trust , he also taught art to various groups and painted portraits by commission. His own chosen painting career ran parallel to his commercial work and he gradually built a reputation through exhibitions at leading venues including Leighton House Galleries, London Royal Academy Diploma Galleries, Colchester’s Minories and the London Leicester Galleries. In 1975 a one man show of his landscape and figure paintings entitled To be Born Again was moved from a gallery in Middlesbrough Art Gallery to the Alwin Gallery in Mayfair.

Francis arrived at a decision early in his career to focus his personal work on the ancient technique of egg tempera, becoming one of only a handful of artists to carry the tradition. All his egg tempera paintings were painted on board, on a gesso ground and all were created from a palette of just five pigments, a 1958 Pathe film titled ‘An Artist in Eggs’ captured the artist and his technique. From 1975 he also used acrylic, often working in a very large scale.

Francis’ principle focus was on the depiction of the human form, in a style which is informed by Classical tradition and which references William Blake. Reeman Dansie sold the first part of an Estate sale of his work in 2020, prior to this Francis Plummer was unknown at auction, however the quality and originality of his paintings ensured a number of works sold well into four figures. 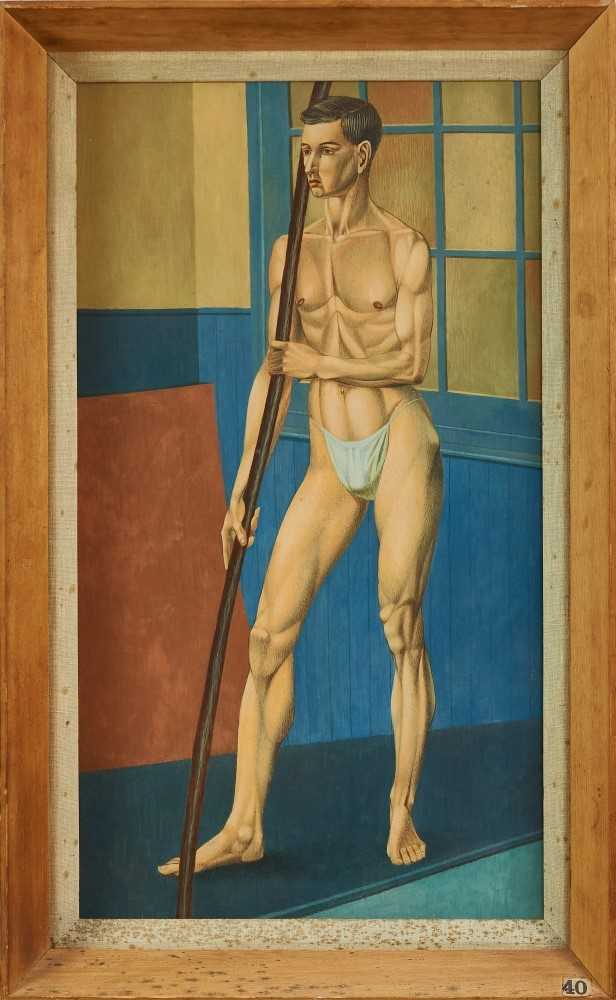 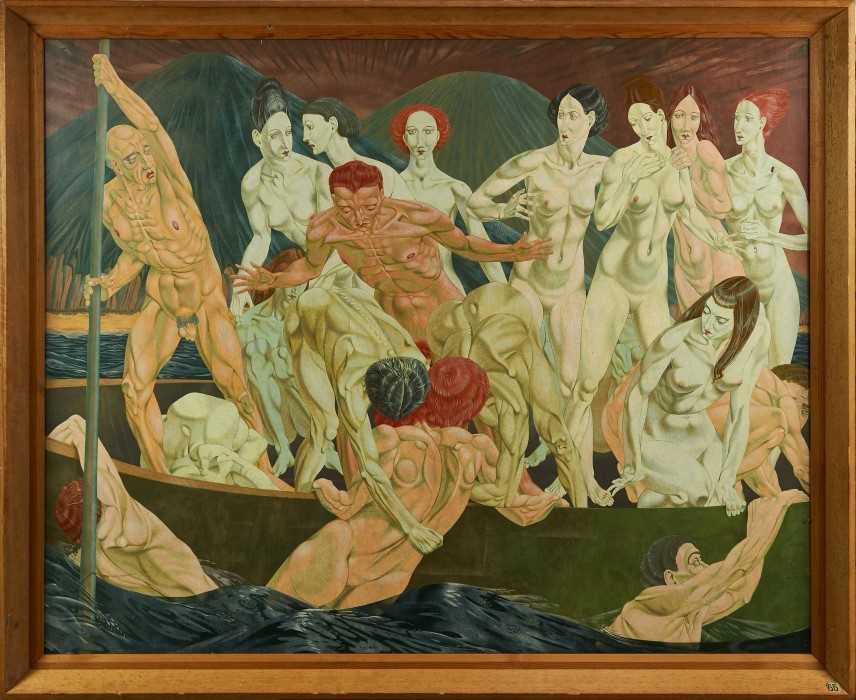 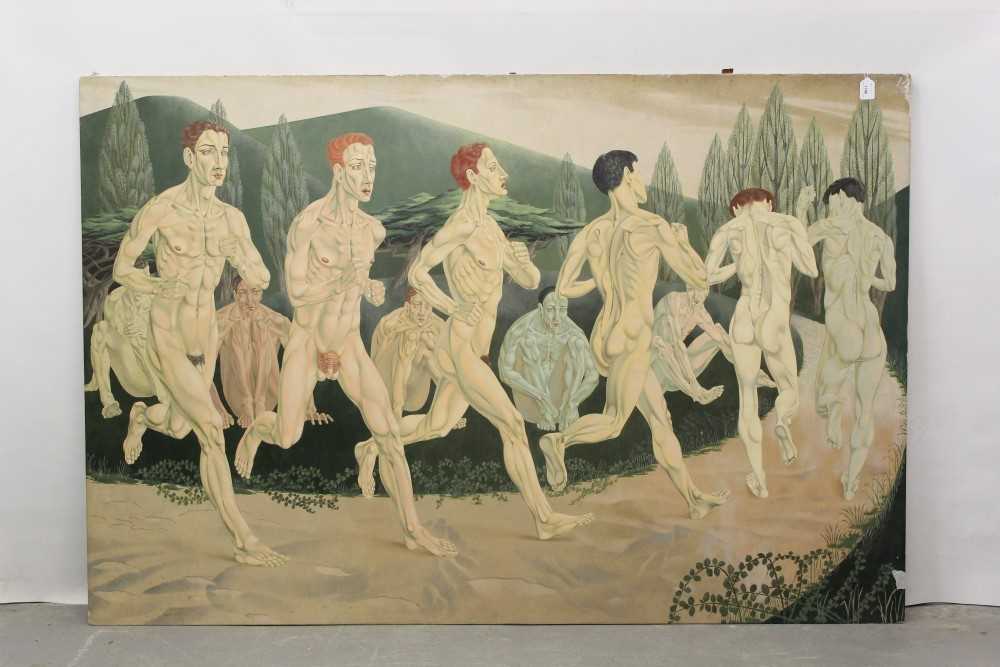 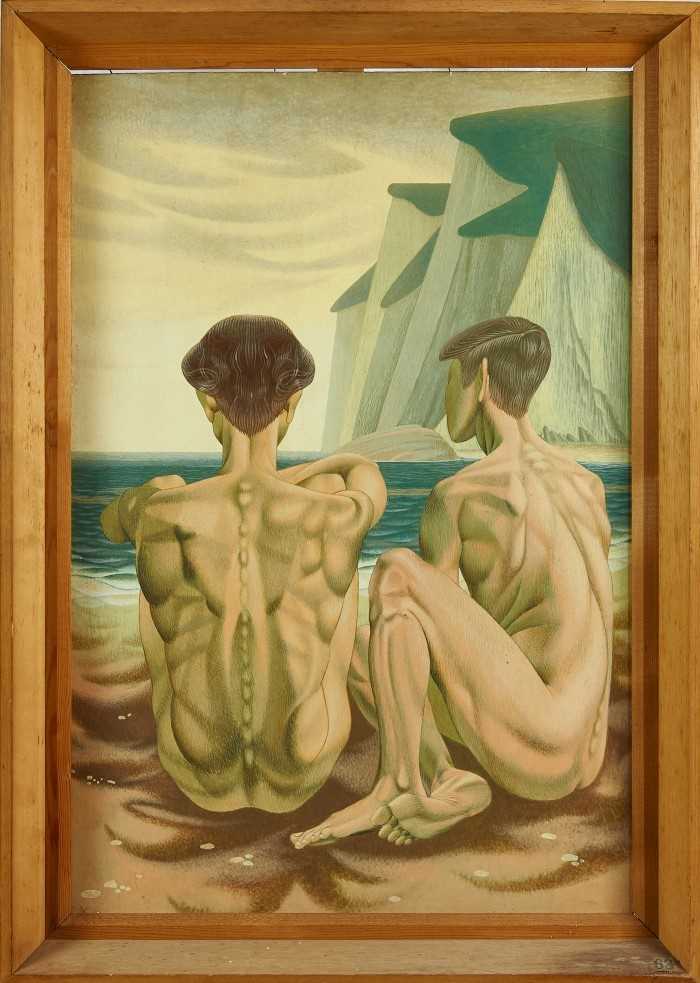 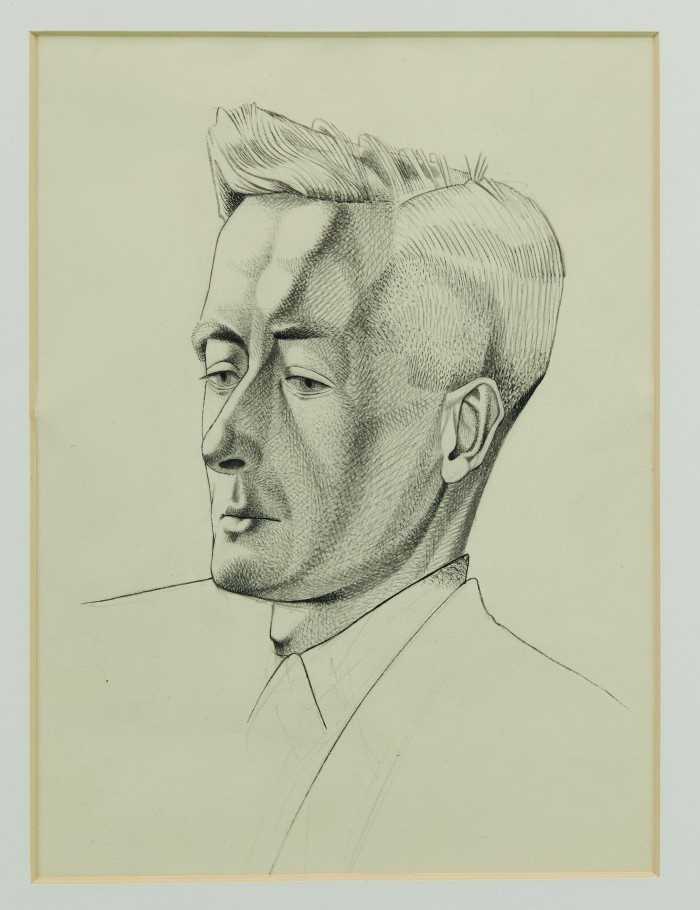