Frederick Waters Watts is the best known of a group of landscape artists painting in the manner of John Constable. Early biography for this artist is sketchy but he is thought to have entered the Royal Academy in 1817. The profound influence of Constable on his work may have stemmed from exposure to Constable works exhibited in the National Gallery and elsewhere whilst Frederick was a student: it was standard practice for students to learn by copying. His mature works however aren’t precise copies, although he actively sought out Constable subjects and borrowed familiar compositions and formats. Like Constable, he worked from plentiful sketches, made en plein air, and found boundless inspiration in Dedham and Flatford, also in Hampstead, where he lived. He also toured widely and painted various locations around the England and Wales which Constable didn’t record. It’s unknown whether Watts and Constable ever met, but from 1821 they were both living in Hampstead.

Frederick Waters Watts exhibited extensively at the Royal Academy and the British Institution, the Suffolk Street Gallery and the New Watercolour Society, he was widely collected and his work is represented in various public collections including The Tate and the Victoria and Albert Museum. Almost all the works circulating at auction are oil paintings, and like Constable, these are almost exclusively on canvas. Many works are into four figures at auction and occasionally five figures for large works, but generally prices have seen a significant decline from a peak two or three decades ago. 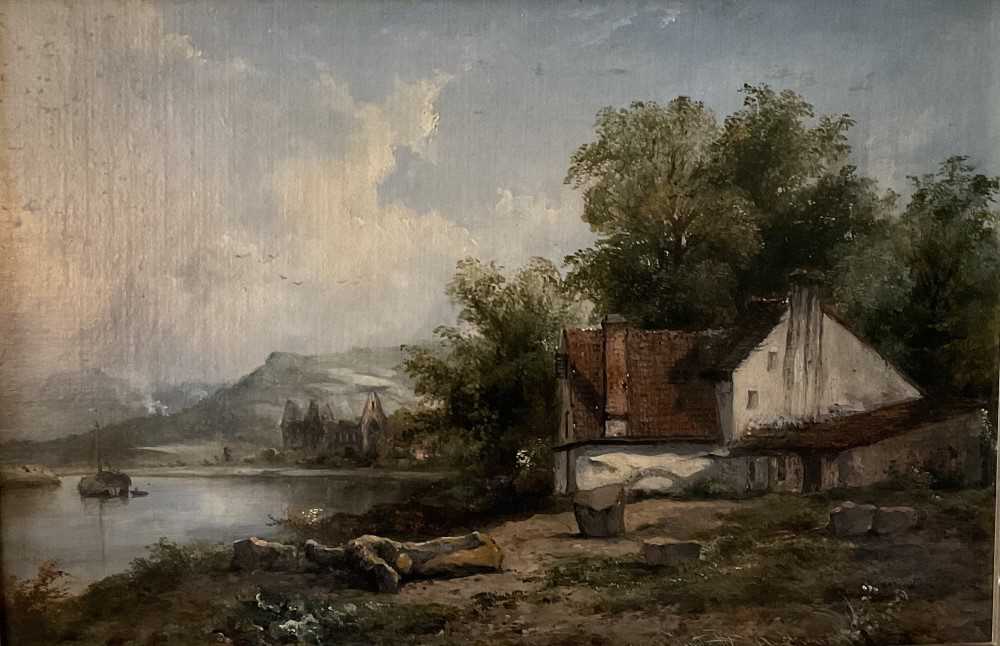