Glyn Morgan was born in Pontypridd and educated at Cardiff School of Art under Cheri Richards and then Camberwell School of Art. Whilst in Wales he met Cedric Morris who admired Glyn’s talent and encouraged him to attend The East Anglian School of Painting and Drawing which Cedric ran together with his partner Lett Haines. Glyn Morgan first attended in 1944 and in time became one of the School’s most dedicated and celebrated pupils. Championing the School’s achievements, he organised a 1985 retrospective exhibition, he returned to Hadleigh to live in later life. Glyn travelled and painted extensively throughout Europe and particularly the Mediterranean where he derived great inspiration from the classical myths, just as he did from the Celtic myths of his native Wales and from classical music. Over an extensive career he painted in the symbolism landscape tradition of William Blake and Graham Sutherland. In a dual career he was a fine horticulture illustrator. He painted in a range of media, subject matter including portrait, landscape, and still life. His oil paintings, early works often on board, latterly on canvas, are sometimes very large in scale. In 2017 Reeman Dansie sold his studio collection, which received considerable interest from bidders throughout the U.K. Prices have seen a rise in recent years but are still accessible at auction with the majority of works selling for three figure sums. 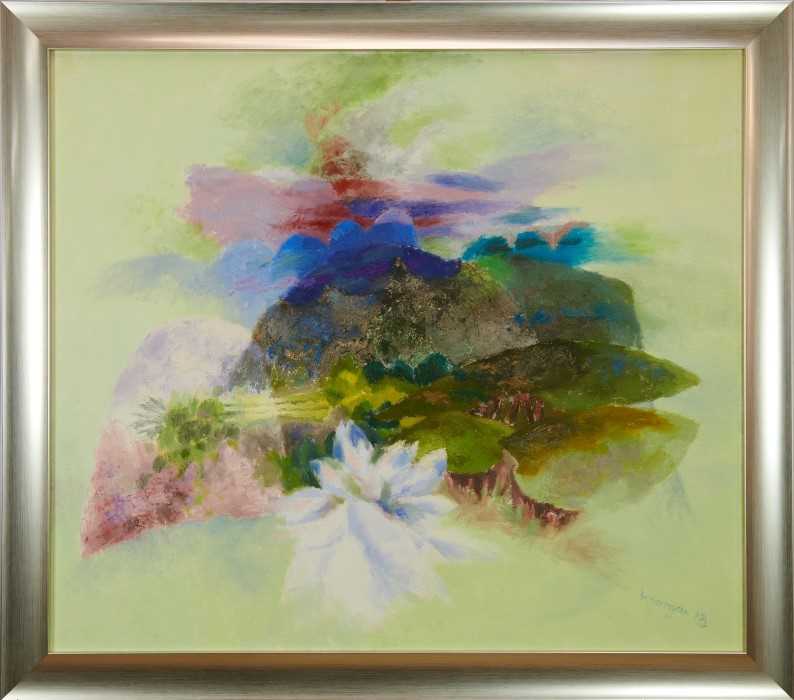 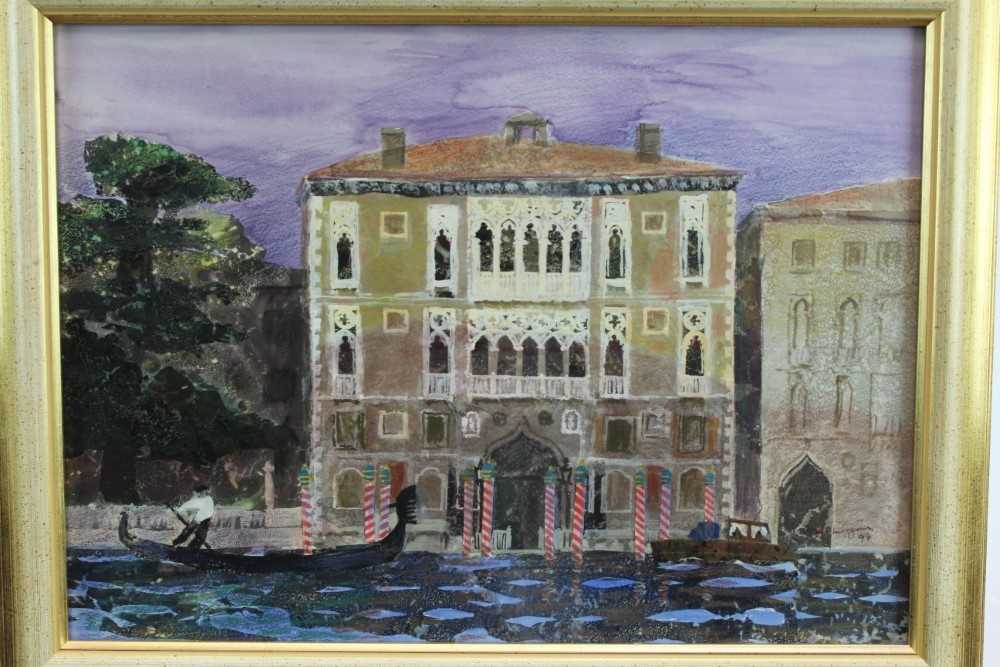