Guy Taplin was born in London and was largely self taught. A lifelong interest in ornithology led to a job as bird keeper in Regent’s Park, on seeing decoy ducks in an antique market around 1975 he hit upon the idea of carving his own. Four years later he turned professional. Working from a studio on the Essex coast, to create his sculptures he utilises the driftwood which he finds on the local beaches, other found objects, gesso and paint. His stylised forms with weathered finishes are much admired and derivatives abound. Guy Taplin pieces are always signed, often dated and inscribed, his work is widely collected, smaller pieces can sometimes be purchased for mid-hundreds at auction whilst large groups can make five figure sums. 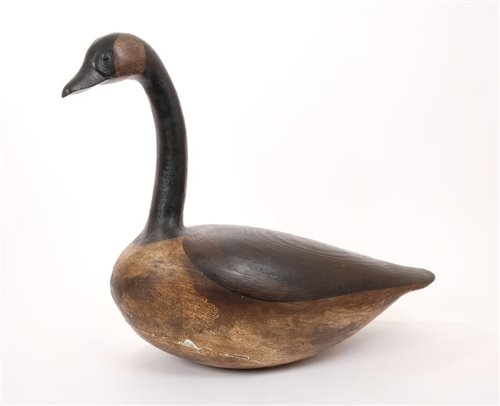 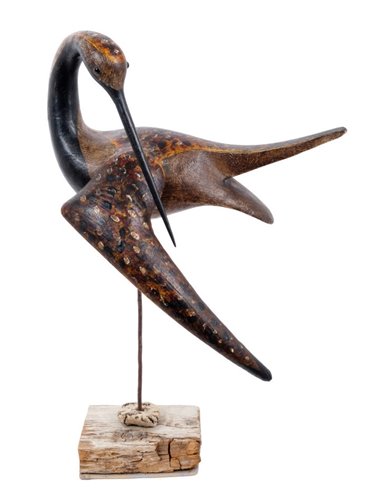 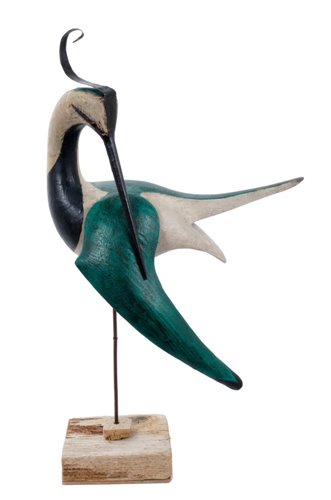 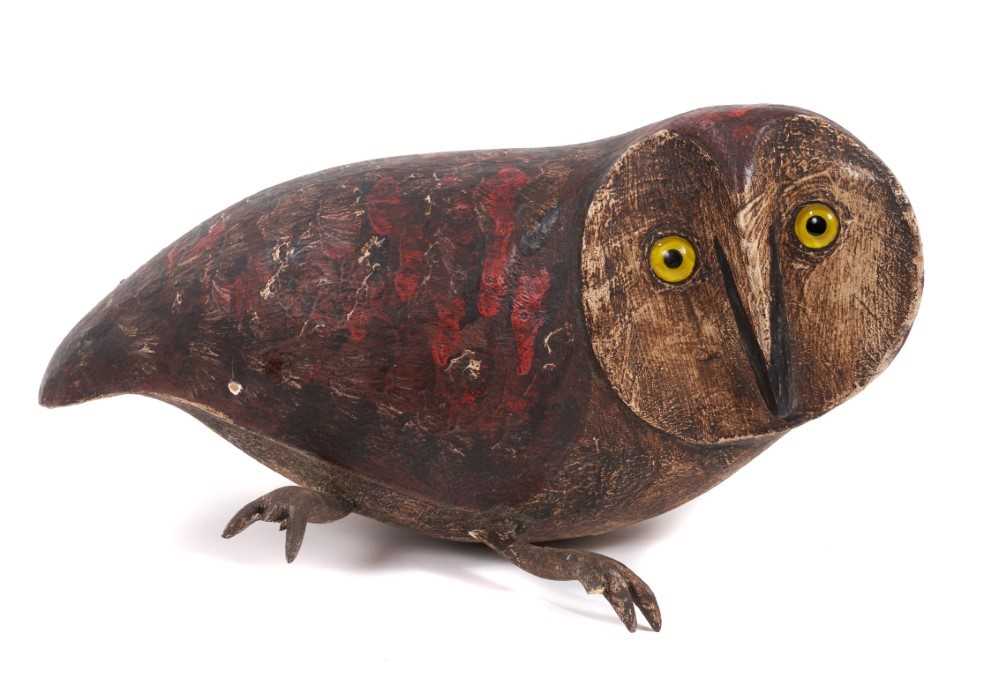 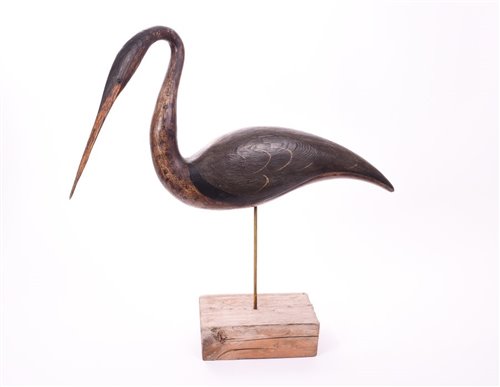