Harry Becker was born in Colchester, the son of German parents who had settled in the town a decade earlier. His formal artistic training began in The Royal Academy Schools, Antwerp when aged just 14. In 1888 he combined studies under Hubert Von Herkomer (1949-1914) in his Bushey School of Art, London and the Paris Atelier of Charles August Emile Durand (1837-1917). It was in Paris that Harry Becker fell under the influence of the French Impressionists, embracing their focus on immediacy and plein-air sketching and painting which ultimately informed his prevailing style. Returning to England, he was supported by his father, establishing a studio in the heart of Constable country at Valley Farm, Flatford and then living at the family home of The Minories, Colchester. Early in his career, Becker relocated to London and there had some commercial success, exhibiting at the Royal Academy, and with Sickert, Wilson-Steer and John Singer-Sargeant, he also met, and in 1902, married fellow artist Georgina Waddington. He was admired by fellow artists and sold work to several leading painters, then in 1908 he secured a major commission for murals from Selfridges Depertment Store. Sadly the scheme failed to get off the ground after initial cartoons were rejected, this seems to have profoundly dented his confidence and by 1913, Becker had become so disenchanted with the London art scene, that he withdrew. The remainder of his career was spent in North-East Suffolk. His Suffolk period was supported by Georgina who took a teaching position at St Felix School, Southwold. It was barely enough and they lived an impoverished lifestyle, however this was a fruitful period for Becker’s art, he worked feverishly with whatever materials were available, often reusing board and canvas. His inspiration was the Suffolk farming landscape, the livestock and particularly the labourers, whom he followed throughout their days in the fields. He documented and captured their daily grind, in the years before mechanism transformed the farming landscape. His pictures demonstrate a prodigious command across a range of media, always full of energy and immediacy, these are often cited as amongst the most quintessential works in the rich East Anglian tradition of Art.

Towards the end of his career, Harry Becker tried to buy much his work back and throughout his career he was often reluctant to part with his paintings. His collectors today feel the same way and Becker works come up for auction infrequently, whenever work does appear it commands significant interest. 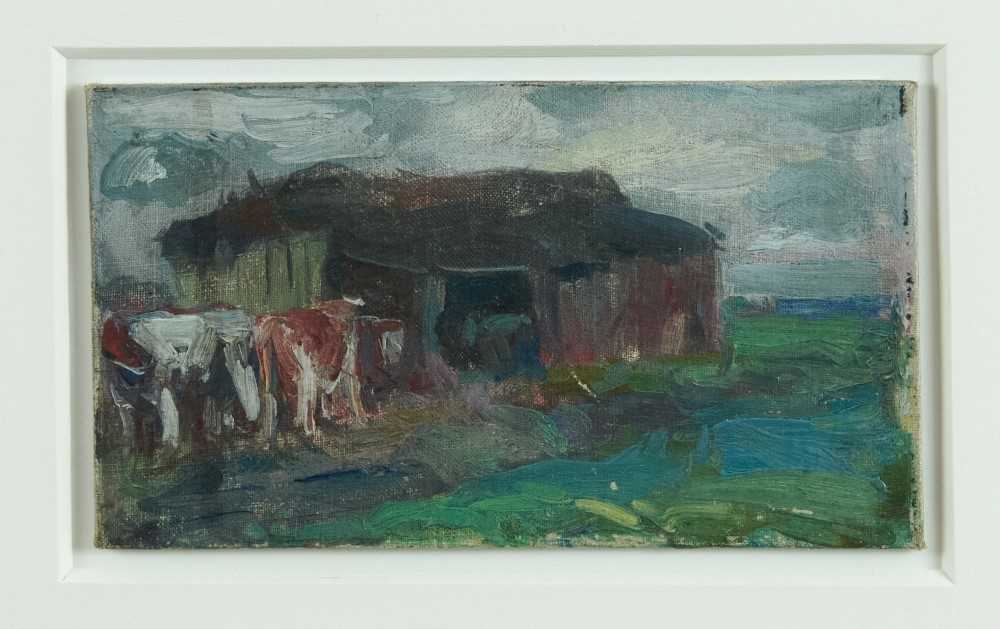 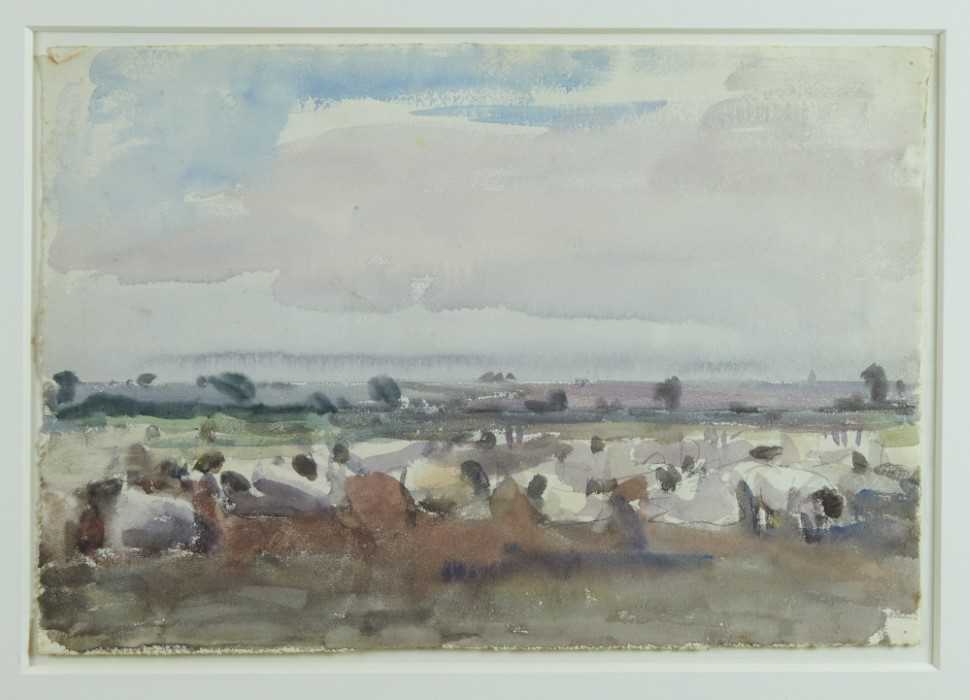 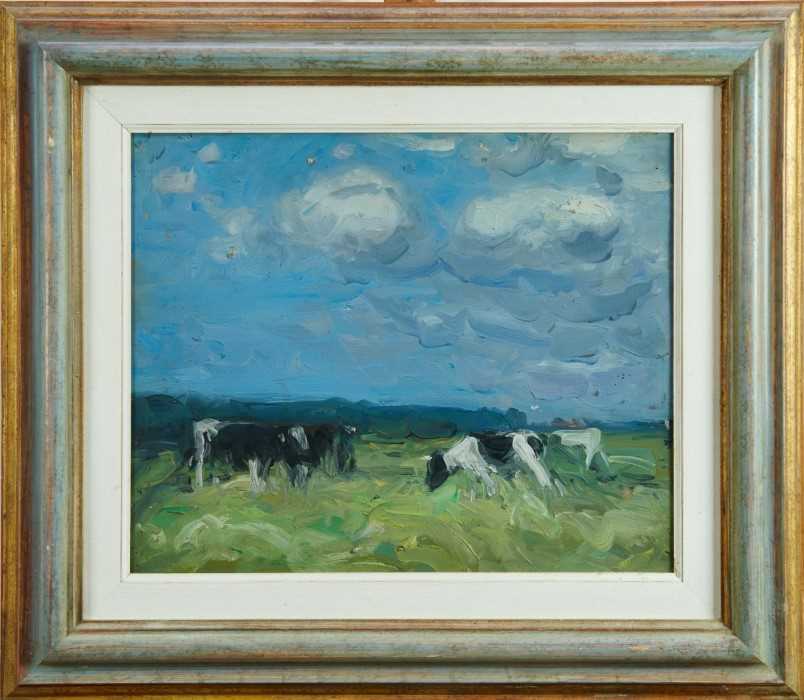 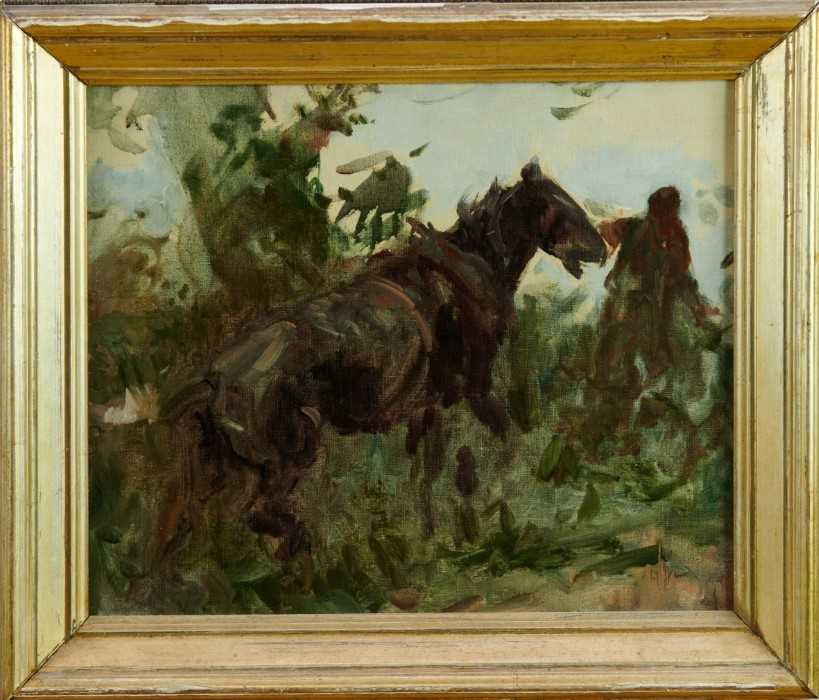 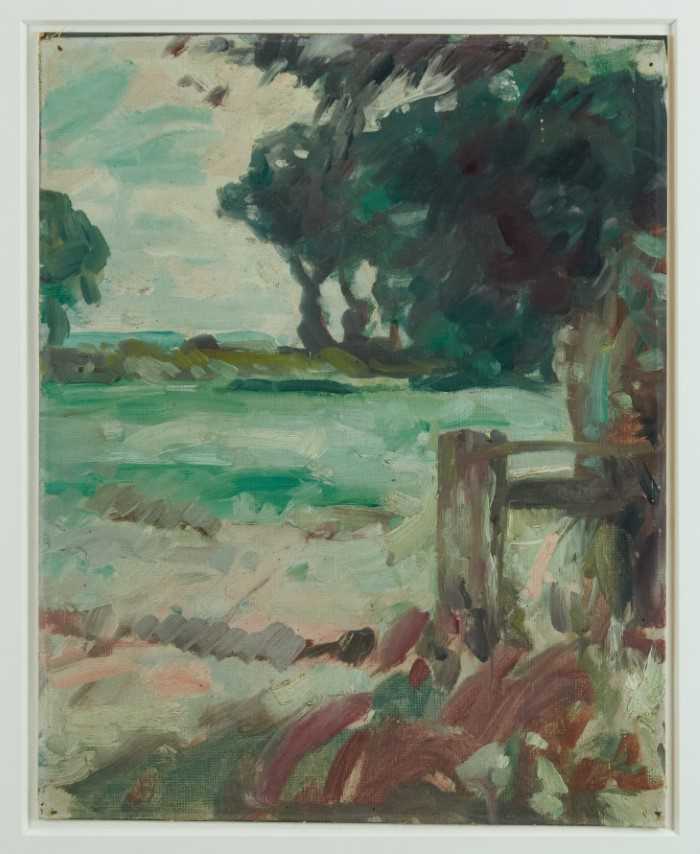