Traditionally identified as John Moore of Ipswich, he was actually born and spent the first half of his life in Woodbridge. The son of a former sailor turned plummer, painter and decorator, John followed his father into the trade and apprenticed as a plummer and signwriter. By 1851 he was a house painter and by 1868 was living in Ipswich and probably working for Charles Mules in Orwell Place as a wood grainer and signwriter. There is a grand tradition of artists adapting house painting skills and techniques into fine art which includes artists as diverse as David Roberts and Mark Rothko. By 1871, John Moore was described in the census as an artist. He was present at the formation Ipswich Art Club in 1874 and exhibited annually with them until his death, he was part of a thriving artistic community in Ipswich in the latter Victorian period, a loose group of artists subsequently labelled The Suffolk School’, including the Smythe brothers, John Duvall (1815-1892), Robert Burrows (1810-1883) and others, all painting in the grand Suffolk landscape tradition, part of a lineage from Gainsborough and Constable.

John Moore painted predominantly in oils on both canvas and panel, and depicted many local landscapes but is best known for seascapes, both of the Suffolk and Essex coast and also Northumberland. His work is represented in large numbers in the Ipswich and Colchester museums collections and is widely collected. Auction prices have generally declined to some extent over the past decade but exceptional prices are still achieved for the best examples, his most valuable works are his exquisite moonlit paintings. 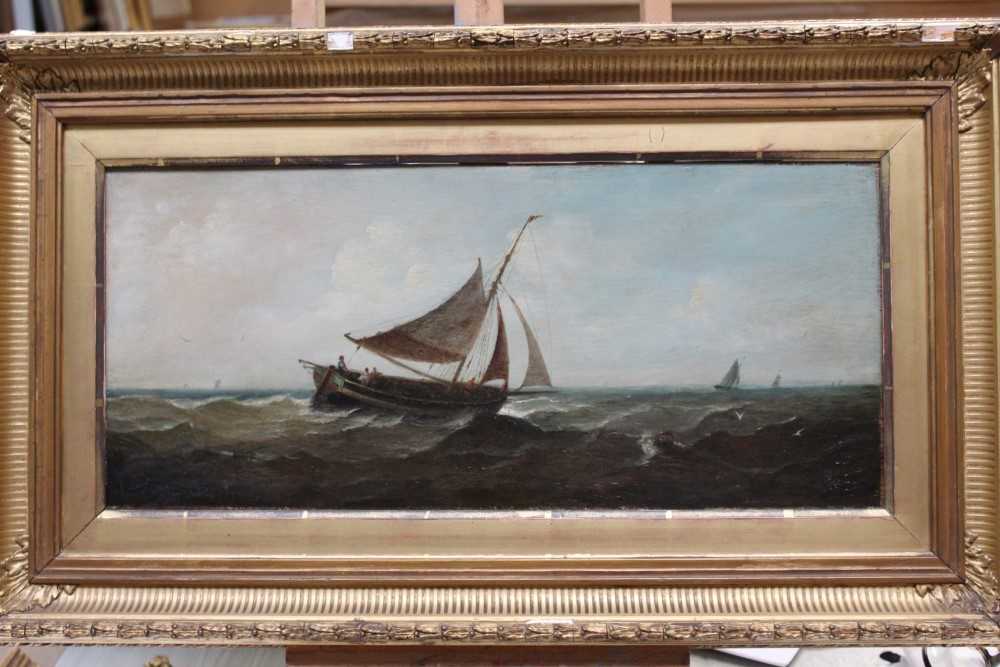 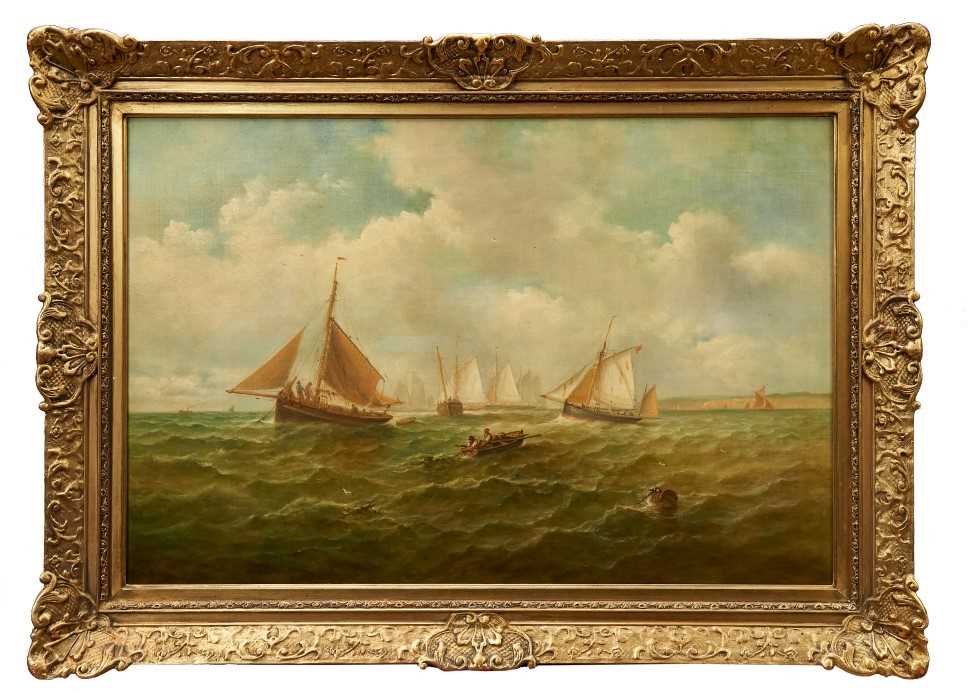 John Moore of Ipswich oil on canvas - shipping off the coast 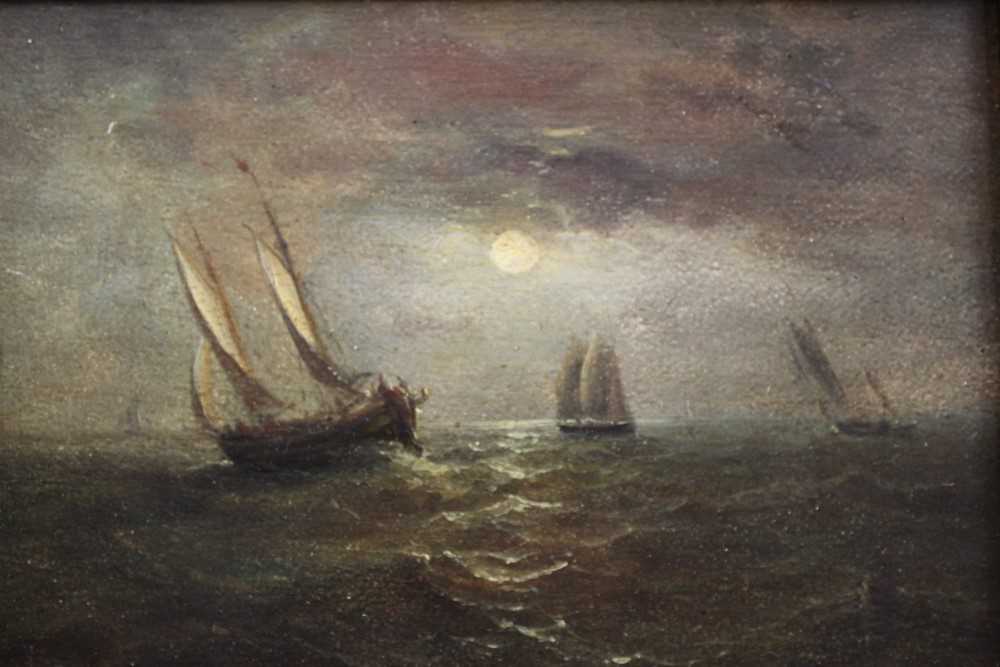 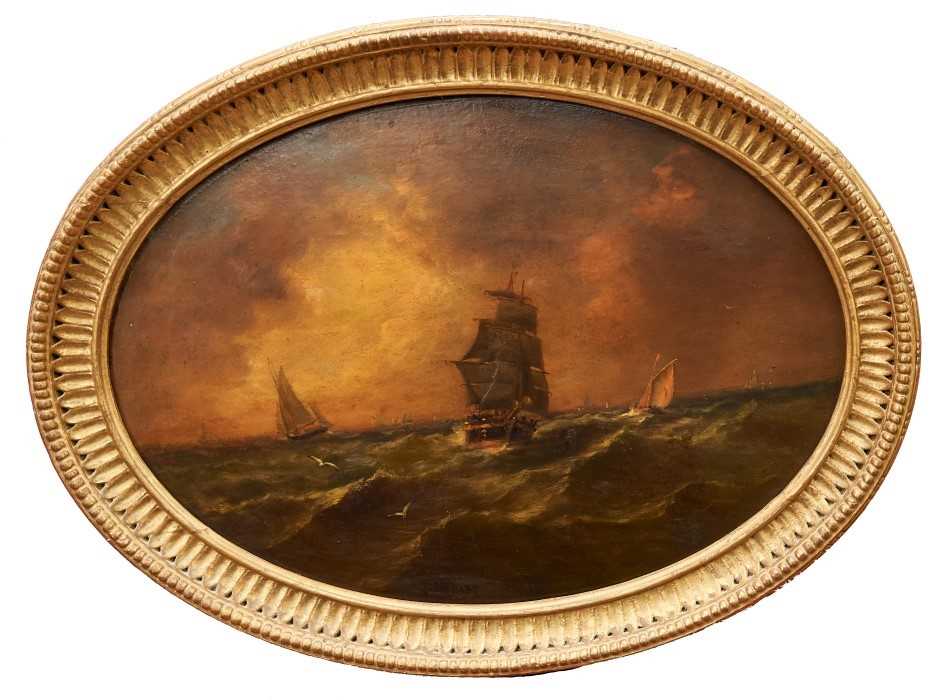