John Duvall was originally from Margate but moved to Ipswich in 1852, just as his career was burgeoning. He established a studio and drawing school in Ipswich’s Buttermarket and initially focussed on portrait painting before becoming more renowned as a animal painter. His great patron Herman Biddell commissioned him to illustrate the the first edition of the Suffolk Stud book in 1880. Subsequently John Duvall became the artist most associated with Suffolk heavy horses, commissions rolled in and he painted animals for the nobility including the Royal family. From 1875 Duvall became the first Chairman of the Ipswich Fine Art Society, he exhibited widely throughout Suffolk and also at the Royal Academy and Walker Art Gallery. In 1869 he produced his most famous work - Suffolk Show in Christchurch Park, which is a permanent fixture at Christchurch Mansion, Ipswich. He painted predominantly in oils on canvas. His early rural genre works often featuring his own children as models in roles such as bird scorer or match girl. His paintings are quite accessible for collectors at auction with most works selling for mid-high hundreds, but as a general rule his animal subjects still command a premium. 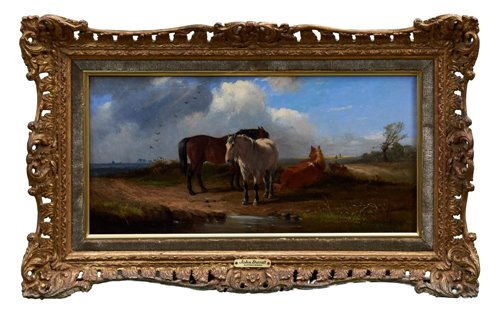 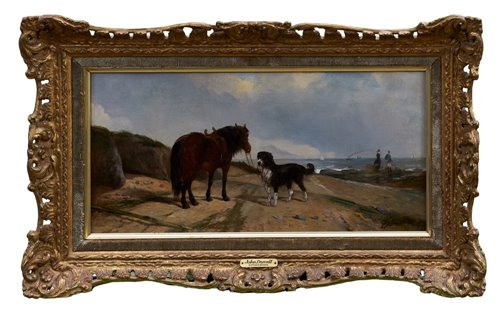