John Scorror O’Connor was born in Leicestershire and studied at Leicester College of Art and the Royal College of Art where his tutors included John Nash and Eric Ravilious. His principle discipline was initially wood engraving and he illustrated Joan Rutter’s anthology of flower poems in 1937, the first of many books which he illustrated and sometimes also wrote. During WWII he served in the R.A.F. and then taught at Hastings School of Art before becoming Principle of Colchester Art School in 1948. He lived at Shelley, Suffolk until 1975 when he moved to Scotland. Throughout his career he continued to be a printmaker but became better known for his watercolours and oils which included figurative work but mainly depicted East Anglian landscapes, with a preponderance upon river banks, reed beds and marshes. He exhibited extensively through the Zwemmer Gallery in London and elsewhere. His work of all media comes to auction with some frequency, he has a strong following, yet works are still inexpensive at auction with medium sized oils usually making mid-hundreds and low-hundreds for watercolours and woodcuts. 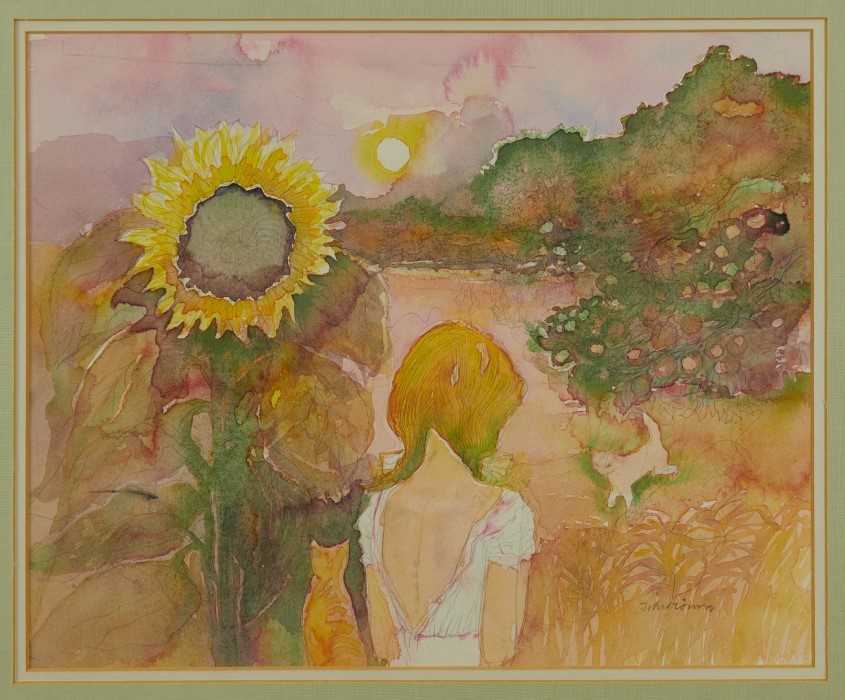 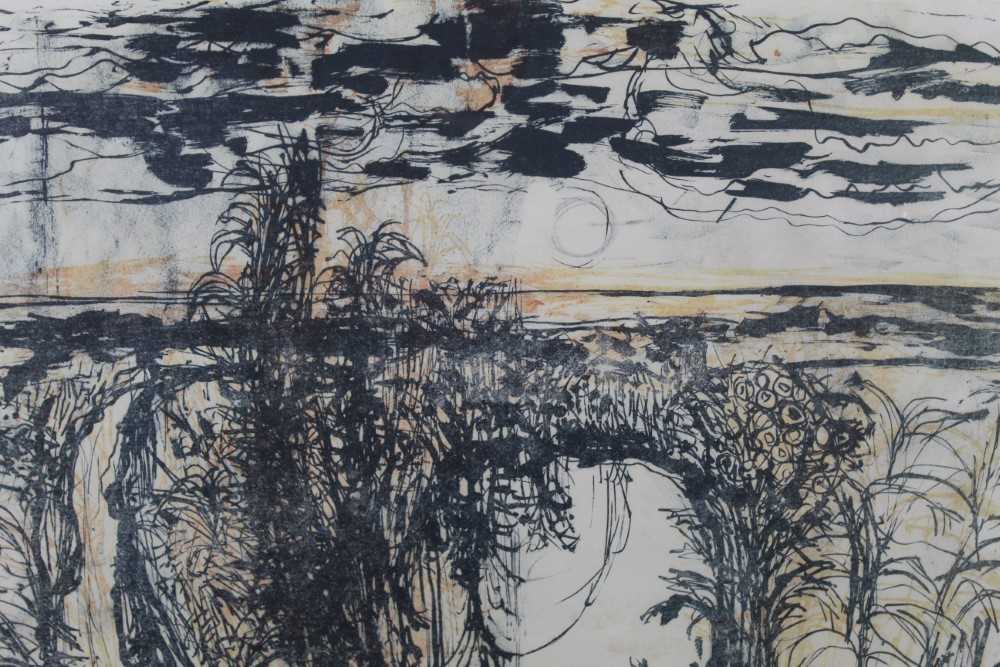 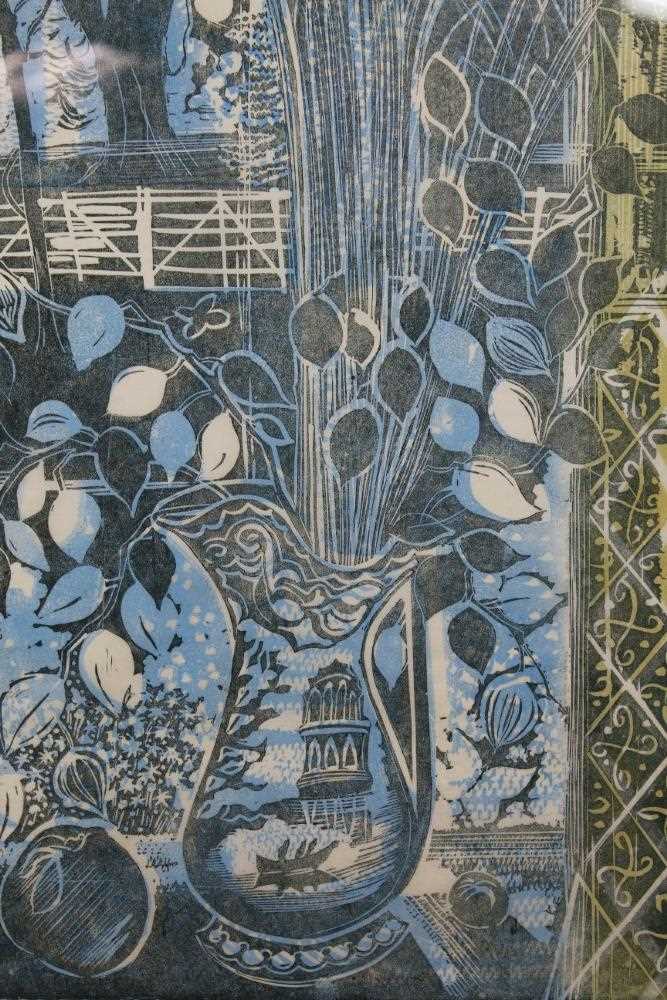 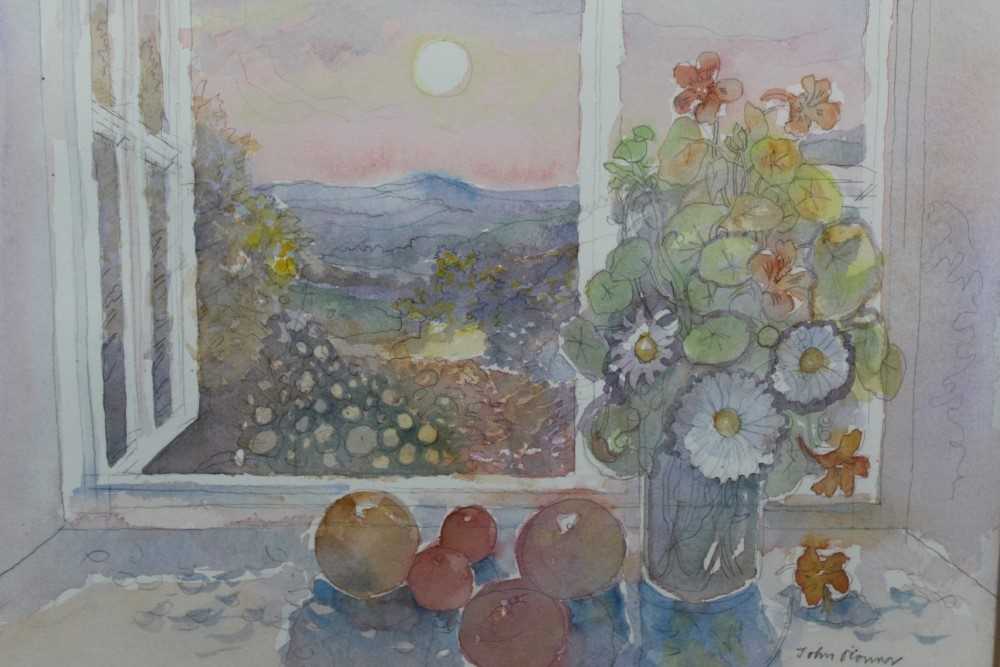