John Piper was born in Epsom, Surrey. As a child he explored the local countryside by bike and compiled and illustrated his own guidebooks. After rejecting a partnership in the family law firm he trained at Richmond College of Art and the Royal College of Art, which he dropped out of after a year. In the early 1930s Piper was a member of the Seven and Five Society, other members included Ben Nicholson, Christopher Wood, Barbara Hepworth and Henry Moore. At this time Piper was at the cutting edge of modernity in British art, experimenting with abstraction and collage.

In 1937 he met John Bejtemen who enlisted his assistance with the Shell Guide series, Piper contributed as editor, writer and photographer. Around this time he also produced the first of many design schemes for theatre and opera, he also held his first solo exhibitions including a 1940s sell out exhibition at the Leicester Galleries. He was an official war artist in WWII documenting war preparations and bomb damage, in particular of churches and cathedrals.

After the war his star continued to rise, he further demonstrated his artistic versatility with stained glass and fabric design, illustration and even designing firework displays. His fine art work became more representational, primarily landscape and particularly architectural subjects, he made studies of many of the churches of Suffolk and Norfolk, often working in mixed media. He also produced a large number of lithograph and silkscreen prints of architectural subjects.

John Piper works are frequently sold at auction and there are plenty of collectors for them. Signed prints mostly range from mid-hundreds into low four figures. The majority of original works are watercolours which tend to be mid to high four figures and sometimes more. Oils are usually in excess of £10,000 at auction, the early abstracts can achieve six-figure sums. 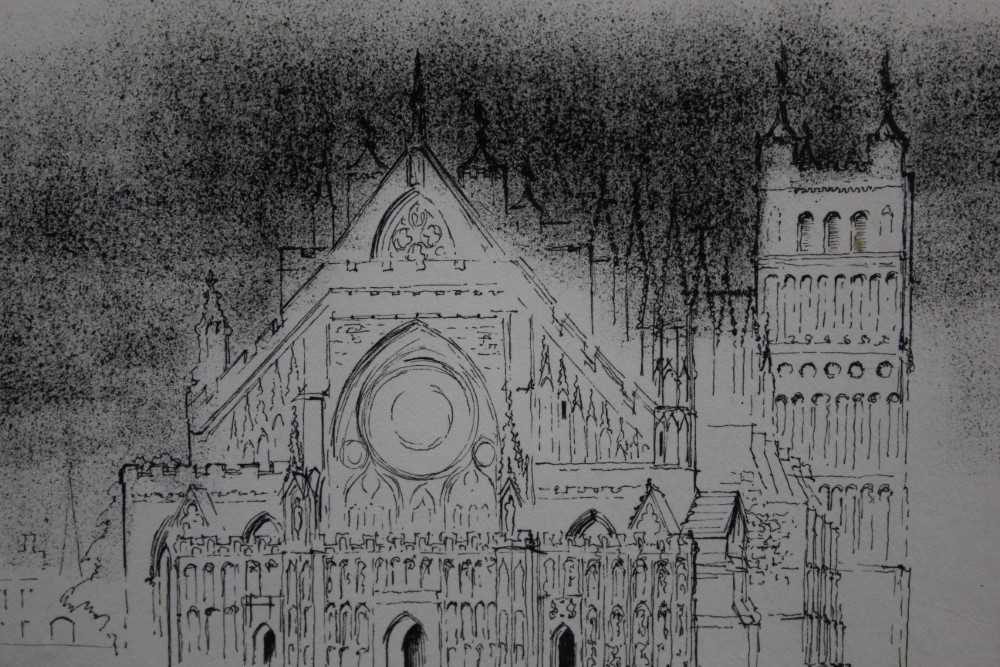 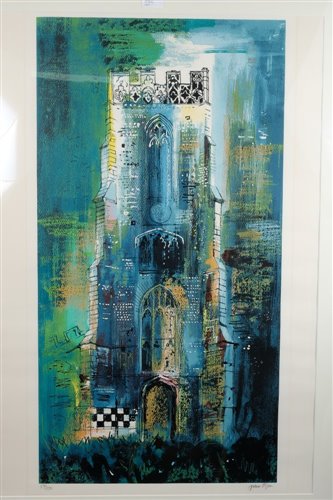 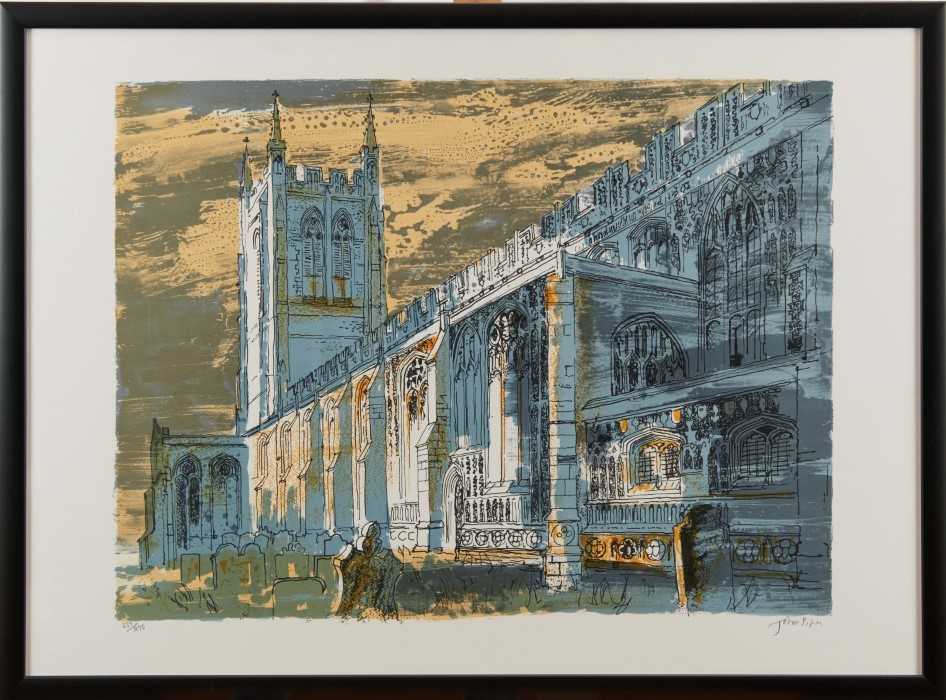 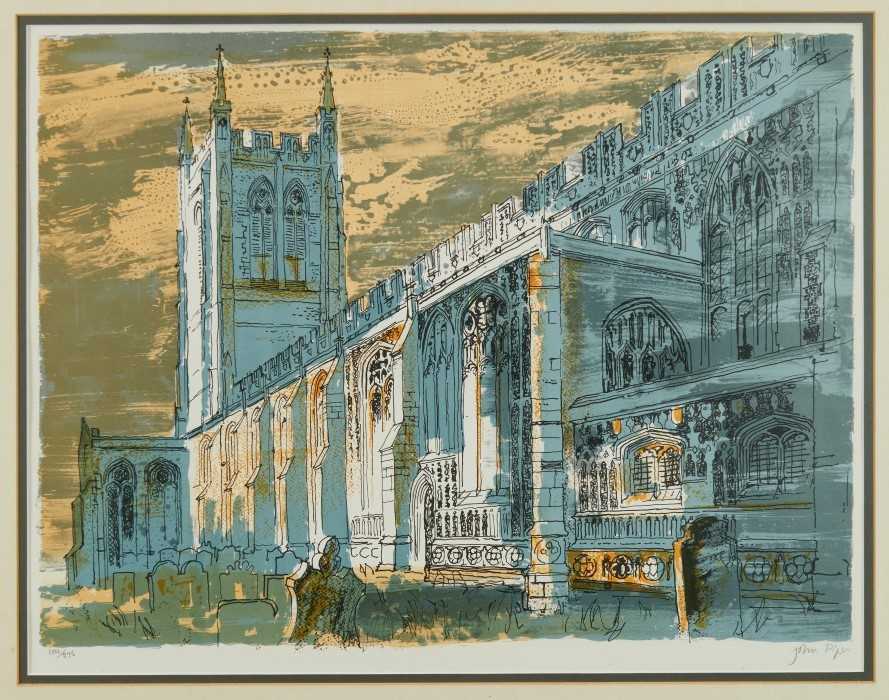 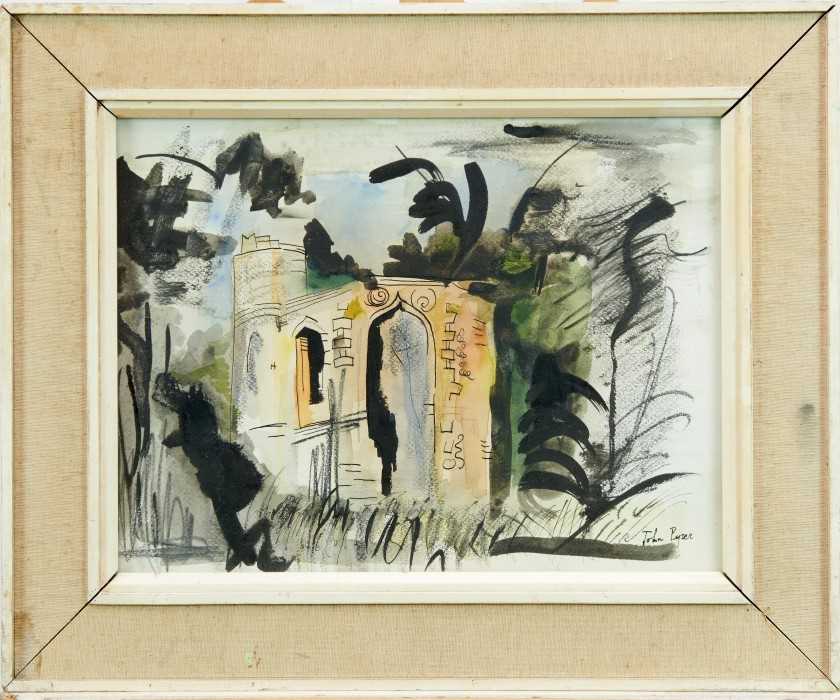