Joyce Pallot was born in Brightlingsea and studied graphic design at Southend and then Colchester School of Art, where she met Henry Collins in 1932. After training Joyce taught part-time at various institutions including Colchester Art School. She married Henry Collins in 1938 and throughout their 60 years together collaborated on at least 60 design projects including a mural for the Sea and Ships Pavilion for the 1951 Festival of Britain, Expo 70 in Osaka, Japan, and a pioneering series of concrete relief murals on public buildings and underpasses in Colchester, Southampton, Newcastle and elsewhere. Aside from her collaborations, Joyce Pallot painted and exhibited extensively including a 1968 solo exhibition at the Trafford Gallery, London, and was a founding member of the Colchester Art Society. Her painting style moved towards abstraction with emphasis on geometric shapes and planes of colour, she painted landscapes and seascapes, particularly dock scenes with the dockside cranes a favourite theme. She painted in a range of media. Auction prices have seen a marked rise in recent years but most works are still very accessible for collectors. 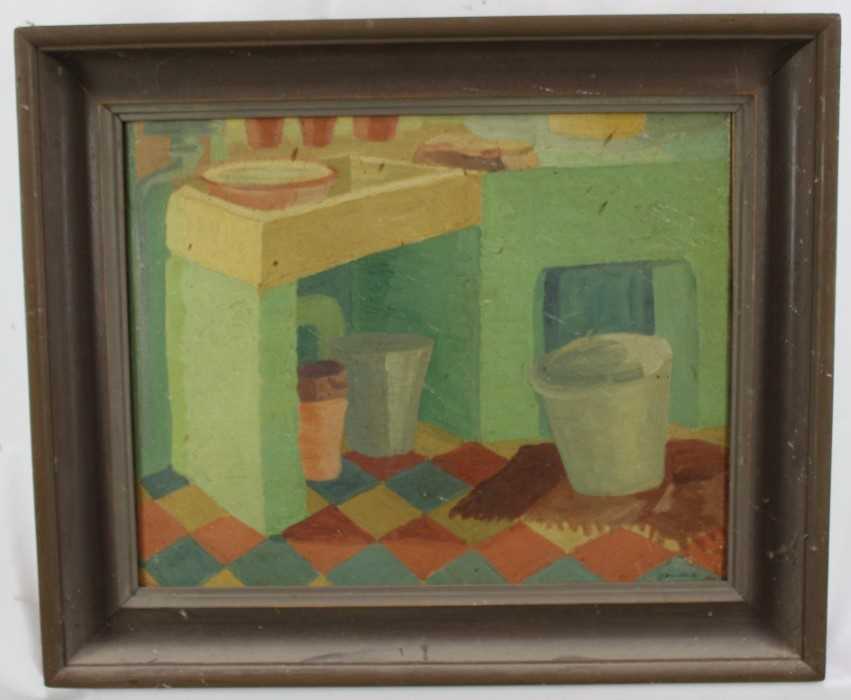 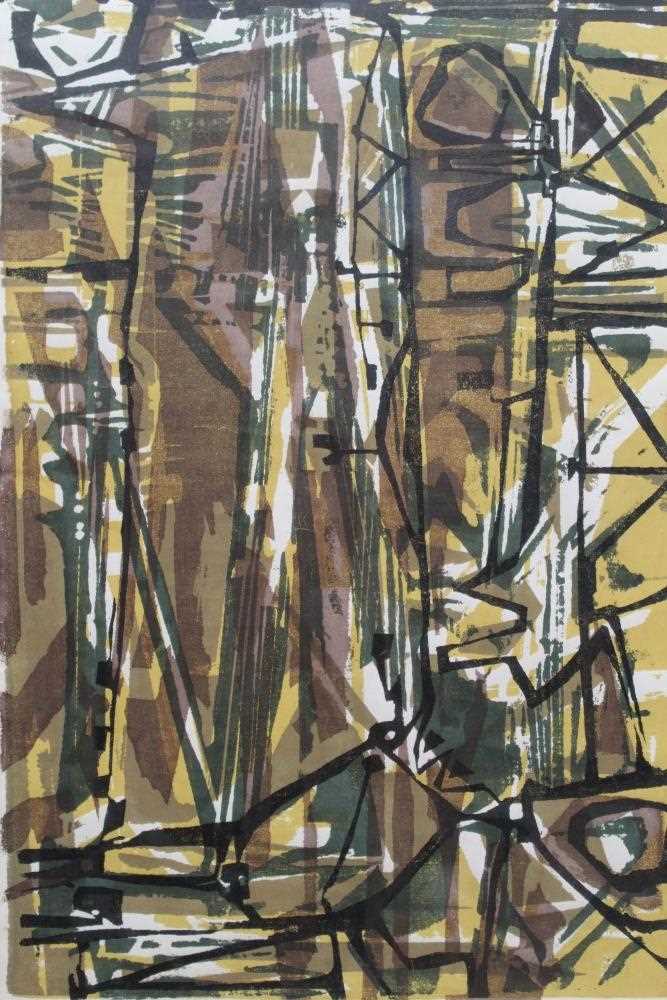 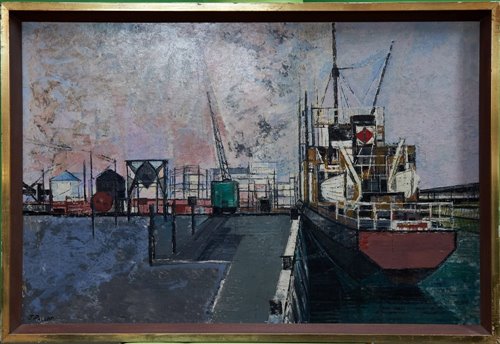