Leonard Russell Squirrell was born in Ipswich and didn’t stray far from the town in a highly productive and lengthy career. An early prodigious talent for drawing was spotted by head of Ipswich School of Art, George Ruston. Squirrell trained at the Ipswich Art School and later at the Slade School of Art. in 1915 he won the British Institute Scholarship in Engraving and during the 1920s his engravings and mezzotints won gold and silver medals at the International Print Makers Exhibition in Los Angeles. During this period much of his output was etching, often selling to an American audience, however the Great Depression led to a decline in his main market and he refocused his skills on watercolour painting, he also produced oils occasionally and during the 1920s a group of exquisitely executed pastels, but it is in the medium of watercolour that Leonard Squirrell is best known.

In 1929 he succeeded his own tutor Charles Edward Baskett as etching master at the Ipswich School of Art. Throughout his career he exhibited extensively including at The Royal Academy from 1913 for an unbroken run of 47 years, he was on the Council for the Royal Society of Painters in Watercolour and The Royal Society of Painter-Etchers and Engravers. He published instructional books on engraving and painting and was always in demand for commercial and advertising work including a number of 1950s railway carriage prints, travel posters, designs and illustration for Ipswich and district agricultural firms including Ransomes, Pauls, Fisons and Sims and Jeffries.

A prolific artist, he painted unfaltering up until his the year of his death. Whilst his paintings were very reasonably priced during his lifetime, he continues to have a strong following and his work always performs well in the East Anglian Region, typically selling for many times the price which Squirrell asked from his patrons. 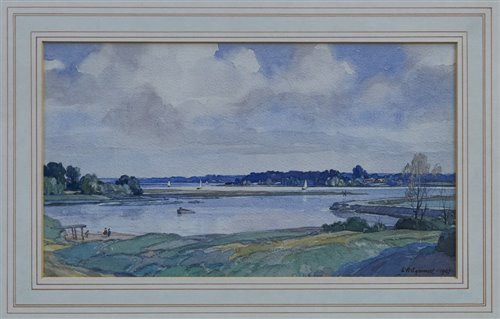 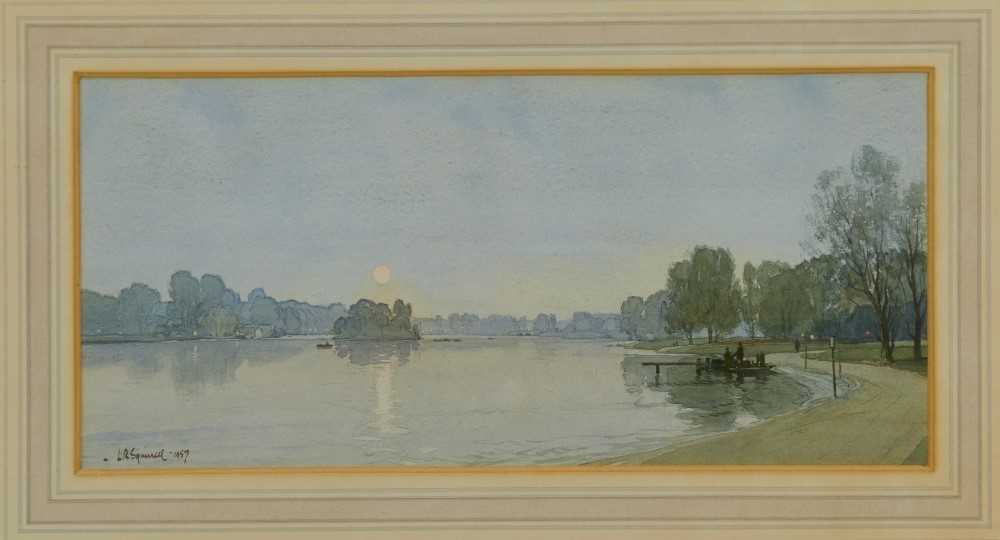 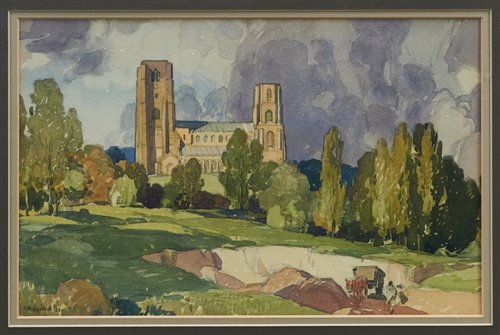