Paul Earee was born Frederick Percy Eary in Sudbury, Suffolk. By 1911 he was working as an architect’s assistant, the start of a successful career particularly in ecclesiastical and domestic architecture both around Sudbury and further afield. His chosen career complimented a lifelong love of art. An early foray into painting saw Paul moving to a London garret and subsisting on porridge in an ultimately failed bid to become a professional artist. Unperturbed, he painted for pleasure throughout his architectural career with ever-increasing acclaim, he also became a significant artistic influence, both within his artistic circle and as Art Master of Sudbury Grammar School during the interwar years. His artistic output was broad, including pen, pencil and etching studies, each derived stylistically from the precision of the architectural drawing. He also produced elaborate calligraphic illuminations, but is best known for his evocative brooding landscapes of Sudbury and the local environs, expressively rendered in watercolours and impasto oils, quintessential evocations of the Suffolk landscape. Works are rarely seen at auction but when they emerge, are accessible for most collectors. A collection of paintings from the Estate of of Paul Earee was sold at Reeman Dansie in 2018. 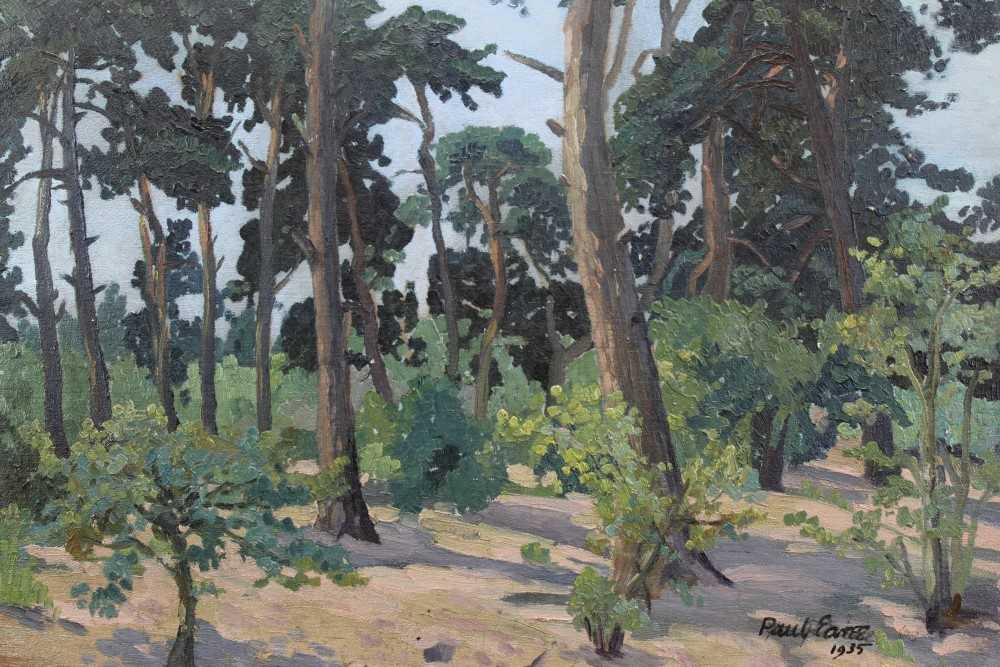 Paul Earee oil on board, landscape with trees

Paul Earee oil on board landscape with haystacks 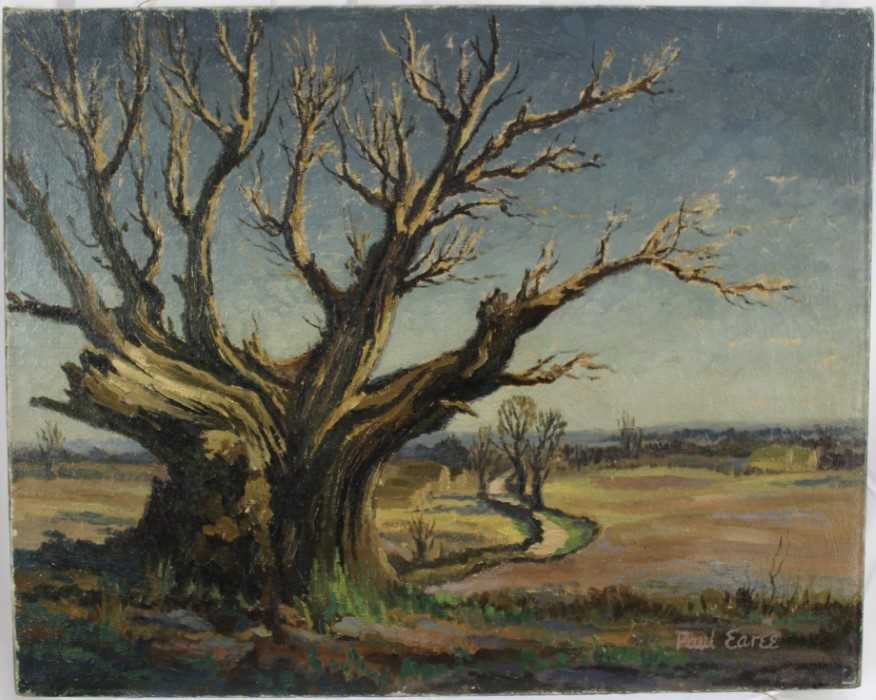