Prunella Clough was born Cara Prunella Clough and grew up in Knightsbridge. She attended the Chelsea School of Art where her tutors included Graham Sutherland and Henry Moore. During the war she worked as a cartographer in the Office of War Information. After the war, Prunella focussed on a career as painter and printmaker, she divided her time between London and the family holiday home in Southwold. In 1947 the Leger Gallery hosted her first solo show, the content featured paintings undertaken on the Suffolk coast. In the 1950s her work focussed on industrial subjects: lorry drivers, factories and building sites. The urban continued to be a principle theme throughout her career, but in the 60s and 70s her style shifted, figural elements disappeared and she moved towards abstraction, sculpting and manipulating her paint surfaces. She was also a prolific printmaker throughout her career, embracing a gamut of techniques: initially producing etchings and lithographs, she later made monotypes. Clough was an artist of International repute from the 1970s onwards, she exhibited in the Serpentine Galley and Kettles Yard. In 1999, the year of her death, she was awarded the Jerwood Prize for Painting, and Tate Britain held a retrospective exhibition in 2007.

Prunella Clough’s work fetches strong prices at auction: with prints typically low to mid-hundreds, or more for monotypes. Works on paper from mid-hundreds to mid-thousands. Oils range from low thousands upwards, with her 1950s figurative industrial pieces top of the pile and sometimes into high five figures sums. 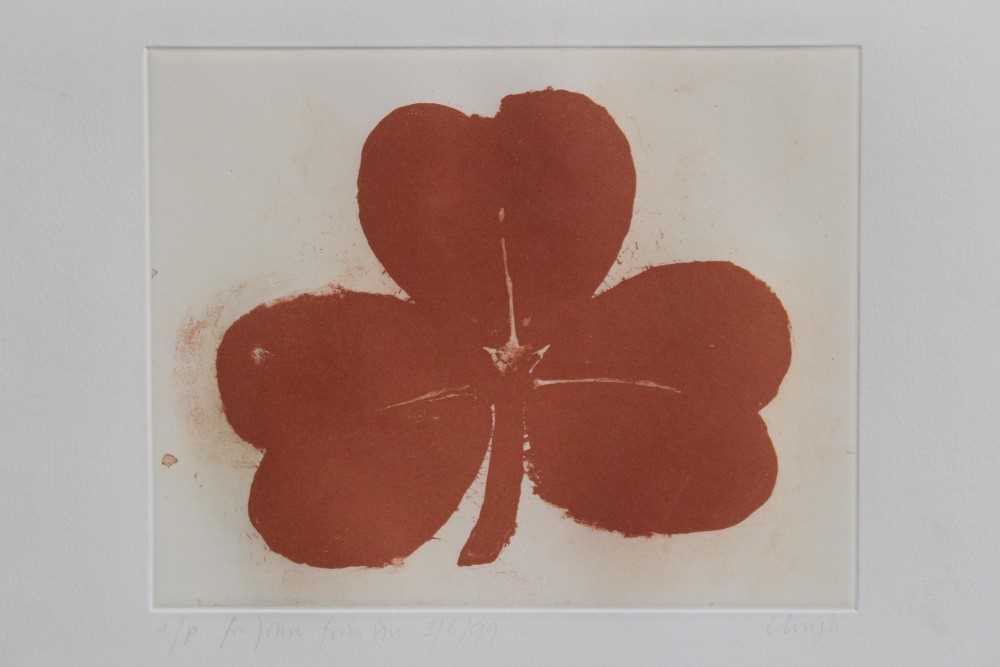