Reginald was brought up in London and Yorkshire. At the outbreak of WW1 he was a 13 year old office boy, working in London and attending evening classes at St. Martins College of Art. He secured a scholarship to the Slade and in 1927 won the Prix de Rome. After two years study in Rome, he secured a teaching post at Blackheath School of Art, later developing the Kingston School of Art into a leading art institution over his 30 year tenure there. He painted throughout his teaching career, exhibiting with many of the leading artists of his generation.

In 1930 Brill took a three month painting trip to Egypt, it was there that he met the Egyptologist Col. T. G Gayer-Anderson. Gayer-Anderson and his twin brother were later to bequeath their exceptional medieval manor house Little Hall in Lavenham as a hostel and haven for art students, in his retirement Brill was to be the custodian.

Reginald Brill painted in a range of media, particular proficient in ink and oils. His work is both figurative and landscape, often scenes of everyday life and interaction. Paintings are not common at auction and are keenly contested when they do appear. Good oils are typically into four figures. 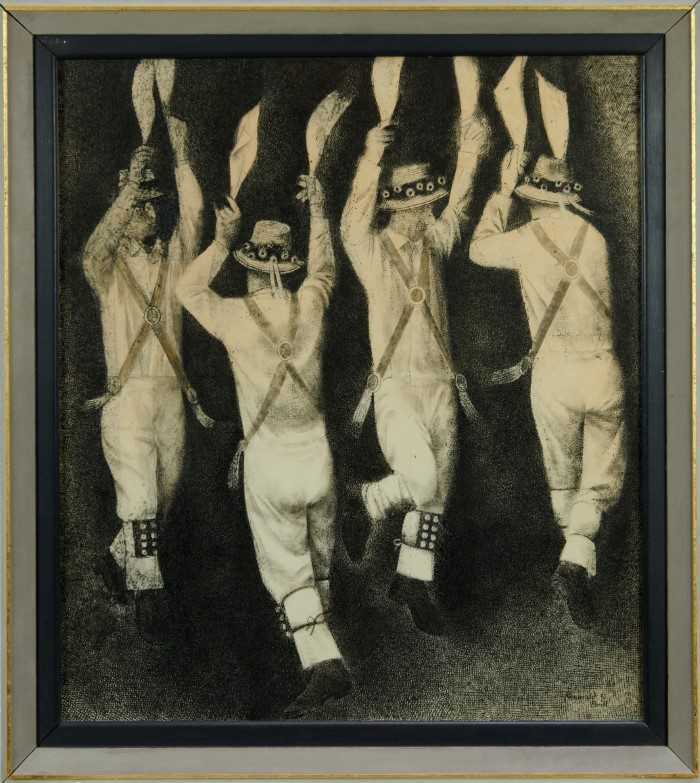