Robert Sadler was born in Newmarket, the son of a racehorse trainer. He pursued a career in the RAF and was able to combine this with his passion for art. He studied in Cambridge and became a pilot in 1930. In 1942 he was able to attend art school in London and in 1947 he became air attaché to the British Embassy in Copenhagen where he was able to reprise his art studies once more. Repostings offered him further opportunity to attend art colleges, first in Winchester and then in America. He was in America as a representative on the NATO Joint Chiefs of Staff Intelligence Committee in Washington, D.C. and whilst there he became aware of the prevailing American artistic style of the abstract-expressionists, his own style was profoundly influenced.

In 1955 Sadler retired from the RAF and moved back to Newmarket to concentrate on painting. In 1964 he settled in Aldeburgh for the remainder of his life. During this second career he was prolific, exhibiting widely including with The Royal Institute of Oil Painters, Heffers Gallery, New English Art Club, as well as in numerous Suffolk galleries and exhibitions, and further afield including in the United States. He hung an annual studio exhibition almost every year between 1965 and 2001. He worked mostly in oils, mostly on board but sometimes canvas, abstracting landscapes and figures in planes of close tones with sculpted surfaces, his work is likened to the post-war group of British artists including Peter Lanyon, Bryan Winter and Paul Feiler, unlike these other artists, his work has only recently been seen in any volume at auction, but his work is keenly contested when it comes under the hammer. 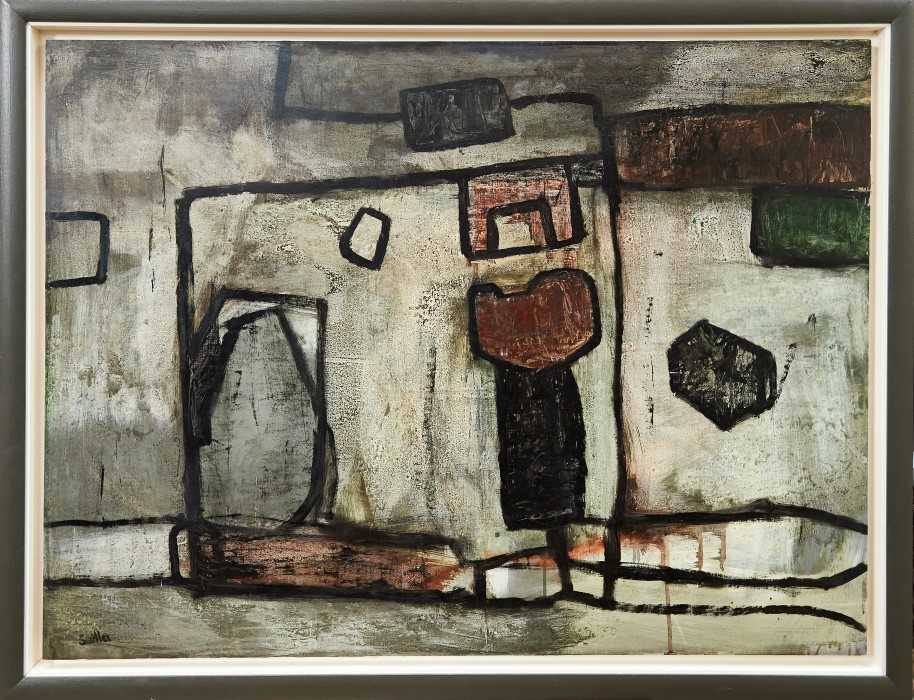 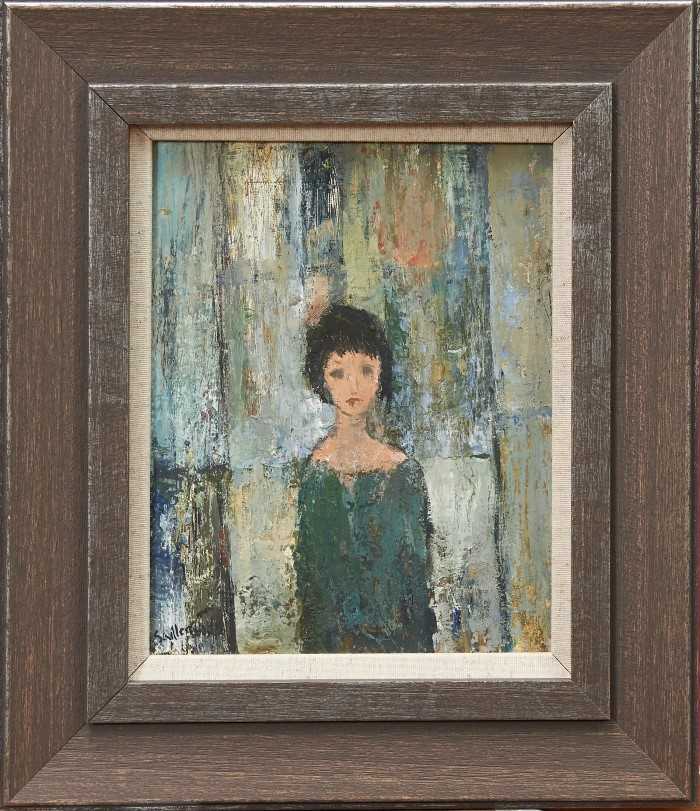 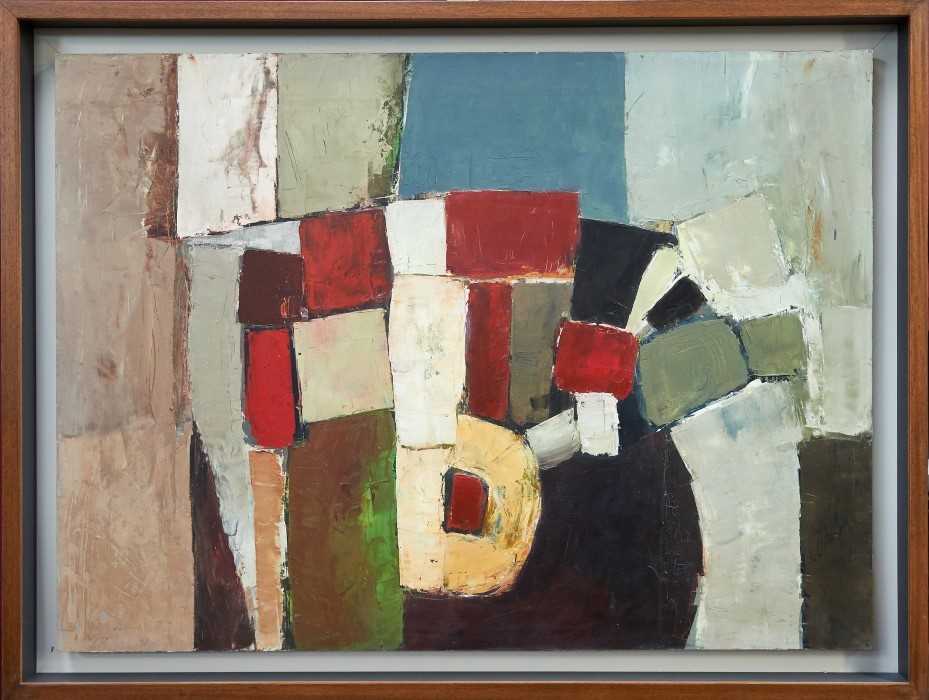