Rowland Suddaby was born in Kimberworth, Yorkshire and won a scholarship to study at Sheffield College of Art and then attended the Royal College of Art. Early in his career he was exhibiting at the New English Art Club and leading London galleries including the Redfearn and Leger galleries. In 1940 he was one of the 96 British artists selected for Sir Kenneth Clarke’s grand project ‘Recording Britain’, a collective endeavour to record topographic scenes and capture the essence of the country for posterity. Artists selected were often unknown but notable figures included John Piper, Michael Rothenstein, Barbara Jones and Kenneth Rowntree.

In 1939 Suddaby settled near Sudbury, Suffolk and took up the post of Curator at the Gainsborough House Museum. He became immersed in the local art scene and in 1946 was a co-founder of the Colchester Art Society. His career also embraced commercial work and he designed textiles and furnishings and produced posters for Shell and others.

Rowland Suddaby is best known for his landscapes, depicting the woods, farmland and often ponds and rivers around his home on the Suffolk/Essex border, he also painted still lifes. He painted mostly watercolours but often oils, typically in a palette of earthy hues with much use of black line work. Typical Suddaby watercolour landscapes achieve low-mid hundreds at auction but with some notable exceptions: in particular, his 1930s Cornish paintings and early still life’s are highly sought after and into four figures. Many of the top prices for Suddaby are for watercolours and the majority of the top prices were achieved 20 or 30 years ago. 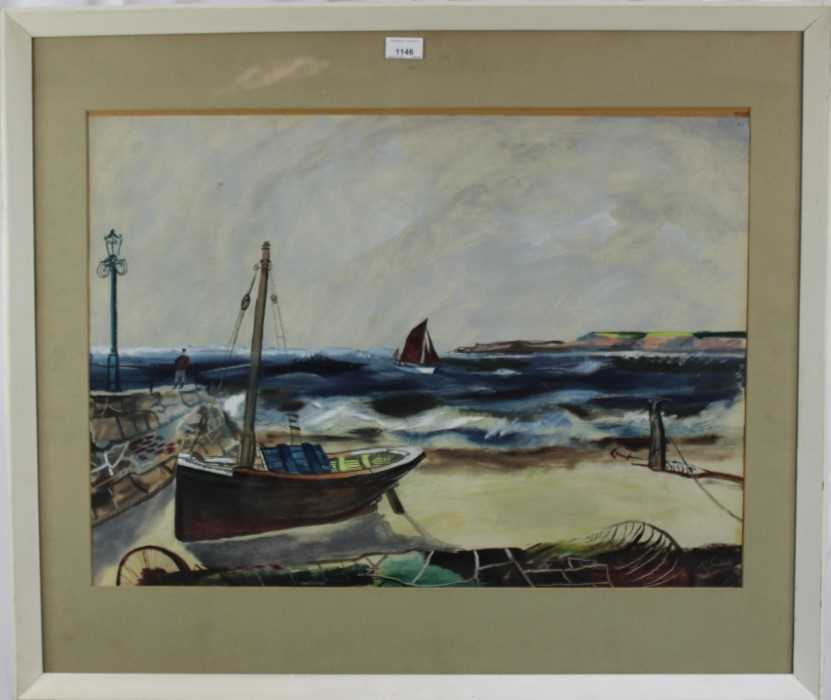 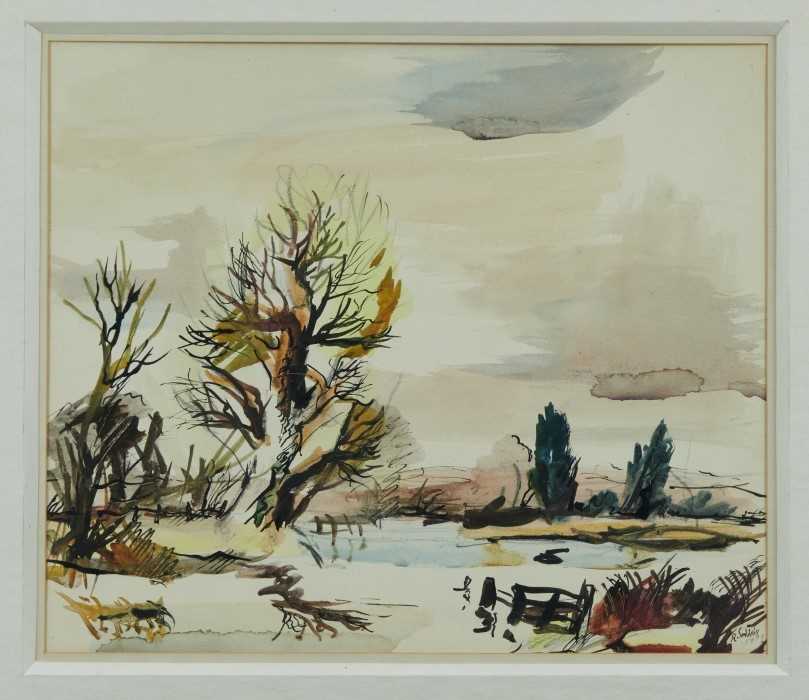 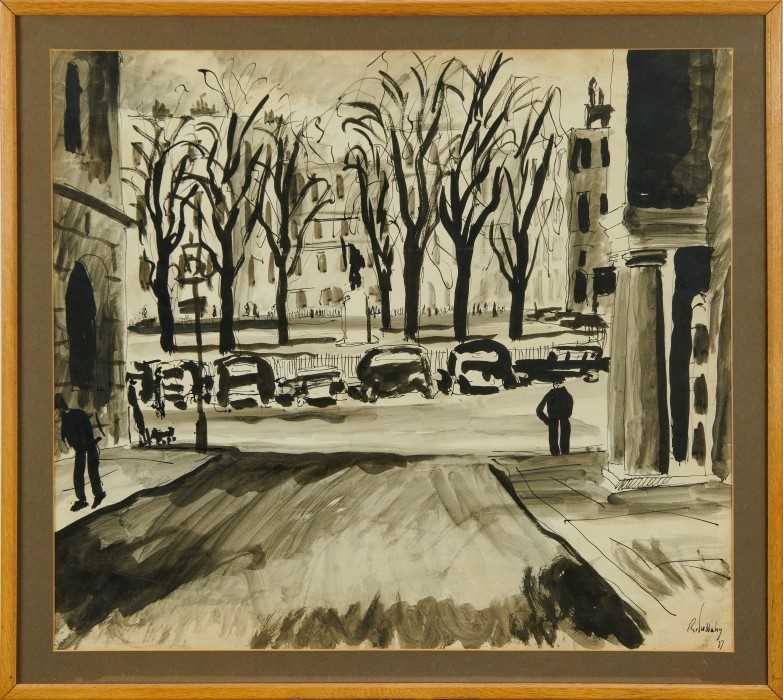