Stuart Scott Somerville was born at Doncaster into an artistic family, his father Charles Somerville was an artist and collector, his younger sister Peggy (1918-1975) became famous at a young age for her prodigious artistic talent.

Stuart was also skilled his his youth and first exhibited at the Royal Academy aged 17, the youngest artist to do so since Landseer. He was always interested in life drawing, in 1934/35 henmade an extended trip to paint in Africa, he also painted landscapes, but became best known for his formal still-life paintings in the Dutch classical tradition.

After a spell in Cornwall In 1946 he moved to Suffolk and exhibited with the Ipswich Art Club for many years as well as exhibiting extensively with The Royal Academy, The Royal Institute of oil painters, The Fine Art Society, and elsewhere. The majority of works which come to auction are oils, often on board or panel but also canvas. Paintings are usually small to medium scale, larger works have made into four figures, but typical small still lifes sell for low to mid hundreds. 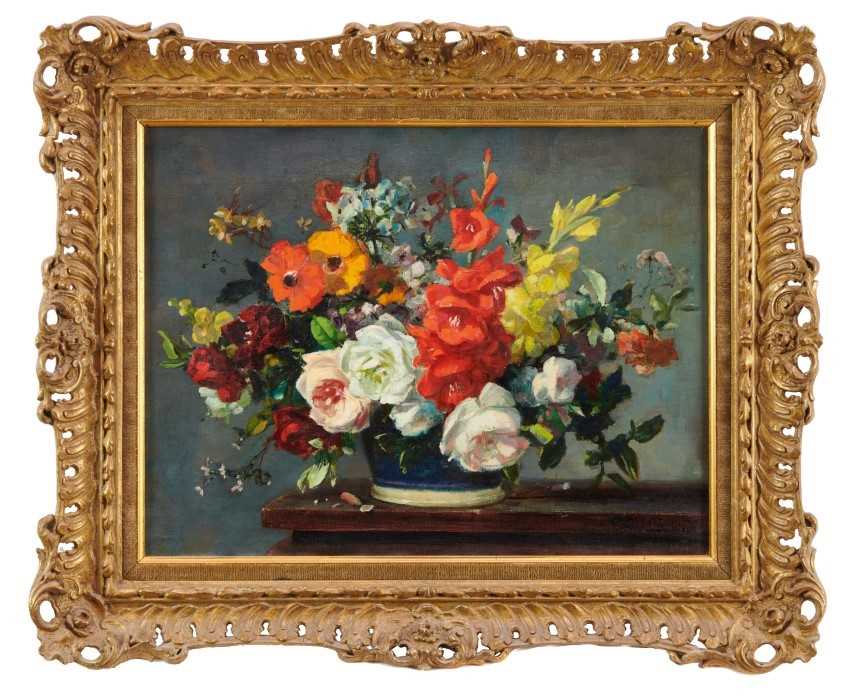 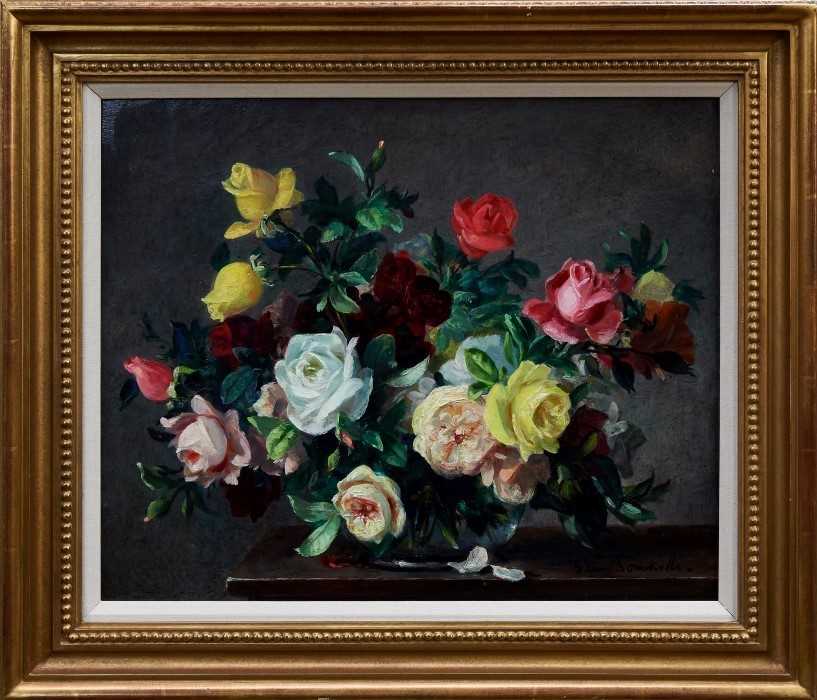 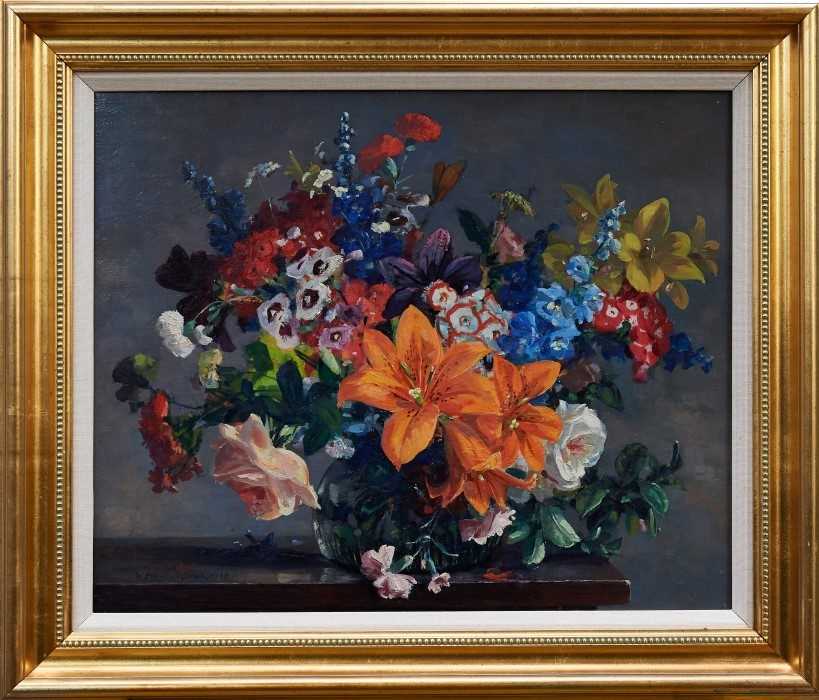 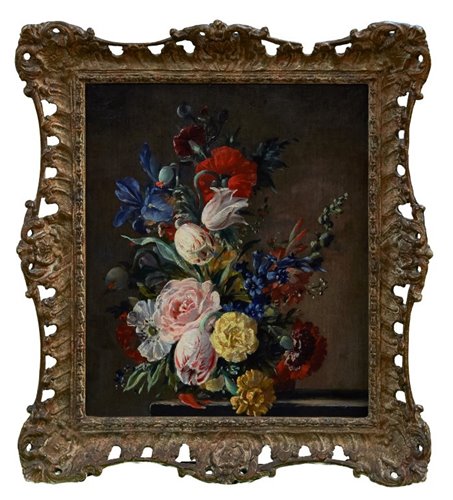