Thomas Churchyard was born in Melton and worked as a solicitor in Woodbridge, but his real passion was for art which he pursued with a zeal, he occupies a unique position as East Anglia’s most renowned ‘amateur’ artist. He was schooled in Dedham and then trained with a Halesworth firm of Solicitors. Whilst in Halesworth he visited Norwich to study the paintings of the Norwich School. He began collecting art, a habit which at times stretched his finances; he owned paintings by Gainsborough, Morland, Constable and Crome, all of which informed his painting style. By 1832, he had exhibited works with the Norwich Society of Artists, The Society of British Artists, and The Royal Academy. Buoyed by these successes and endeavouring to seal his reputation, he sold-up and arranged for his growing family to live in the house of fellow Woodbridge artist George Rowe (1804-1883), whilst he and Rowe took up studios in London. His efforts were short lived and he returned to Woodbridge and resumed legal practice by 1834. The London experiment appears to have dampened his confidence and it would be eighteen years before he exhibited again.

Churchyard had a large family, with seven girls and two boys. Towards the end of his life, he set about dividing the spoils of his labours between his daughters, writing a daughter’s name on the back of each picture, a handy tool for identification today. An auction of his estate in 1866 saw the sale of four Constable paintings totalling £120, a Gainsborough for 28 Guineas and a total of twenty-three Cromes, totalling £650, together with a number of his own larger works. It was only when the last of his daughters, Harriet, died in 1927 that the bulk of Churchyard’s works came onto the market, totalling over 4,000 paintings, some of these found their way into important collections including The Tate, The British Museum and The Victoria and Albert Museum, raising his profile. In recent years Churchyard has been the subject of several books.

Thomas Churchyard was almost exclusively a landscape painter, predominantly painting locatable views around Woodbridge, Melton and the Suffolk coast. He painted oils on board and canvas, but his watercolours are more common. With a few exceptions his paintings are normally small. Identification can sometimes be problematic since he rarely signed his work and his daughters all painted in a derivative style. His auction prices have held up better than many of his Contemporaries: small watercolours can often be purchased for low hundreds, significant oils can make mid-thousands. 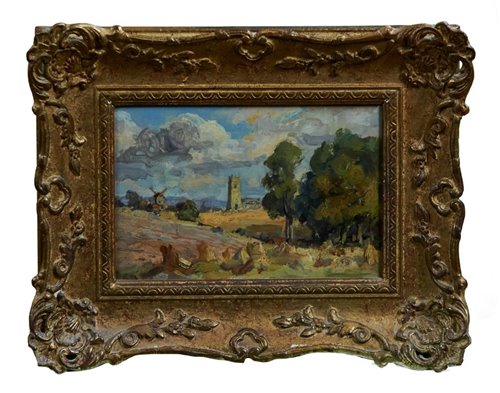 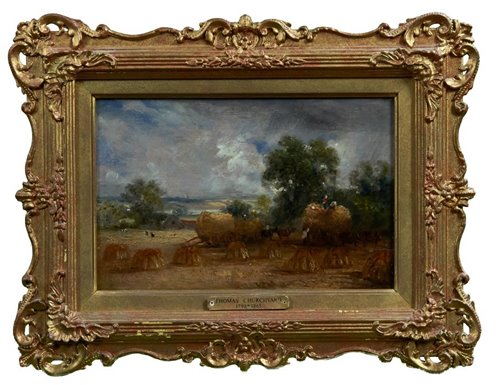 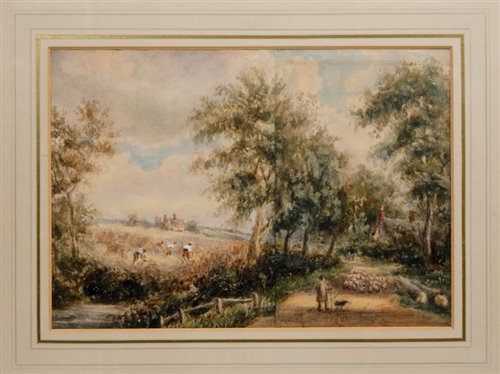 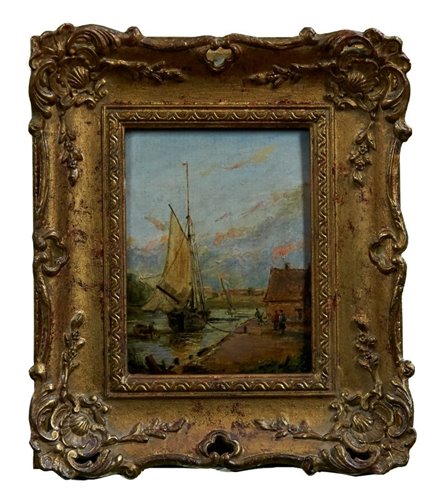 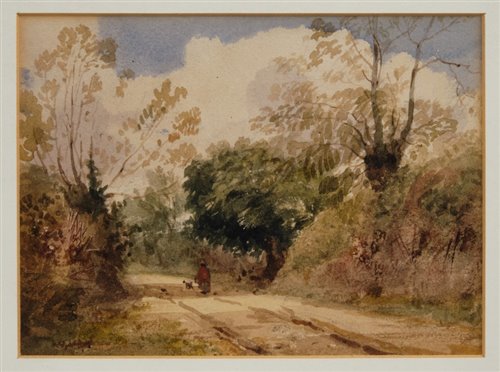