Thomas Smythe was born in Ipswich in 1825 and followed his elder brother, Edward into the painting profession. There can be little doubt that Thomas learnt his trade from his brother, 15 years his senior, and by the time Edward left Ipswich for the West of the County around 1850, Thomas had established a studio in Brook Street. He painted with considerable success for the remainder of the century before moving the live with his son in London in retirement. Throughout his career he exhibited at the Society of British Artists, he also had works hung at the Royal Academy and exhibited locally with The Ipswich Fine Art Club and others. There are many similarities between his work and that of Edward, and on occasions certain works are difficult to tell apart. Subject matter is generally similar: Thomas frequently painted romanticised scenes or rural life; farmyard and domestic animals; he also favoured Gypsy subjects and painted numerous Ipswich street scenes. Watercolours are not uncommon but he mainly painted with oils, either on canvas or panel and later works are sometimes seen on artist’s board. His early paintings are sometimes inscribed ‘Ipswich’ after his signature. His work diverges from that of his brother mostly in terms of scale and palette, Thomas’s paintings are generally brighter and almost never large, occasionally veering toward the art of the miniaturist, the best paintings have a jewel like quality. He often painted pairs and sometimes quartets depicting the seasons, of these, his winter scenes are his signature pieces, he sculpts the impasto snow tones as he does the bark on his Suffolk oaks.

Thomas Smythe’s career at auction has followed a similar trajectory to that of Edward Smythe: largely forgotten in the first part of the 20th century his popularity bloomed in the latter part with a succession of record prices at auction throughout the 1970s and 80s. In his lifetime he was professionally overshadowed by his brother’s success, this was exemplified by a press obituary which in 1906 described him as ‘brother of the famous artist, Edward Smythe’. However in current terms he often achieves better prices than Edward at auction and in particular his beloved snow scenes which always result in a flurry of bids in the salerooms. 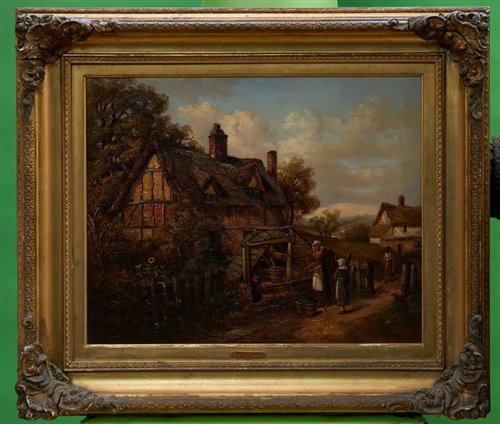 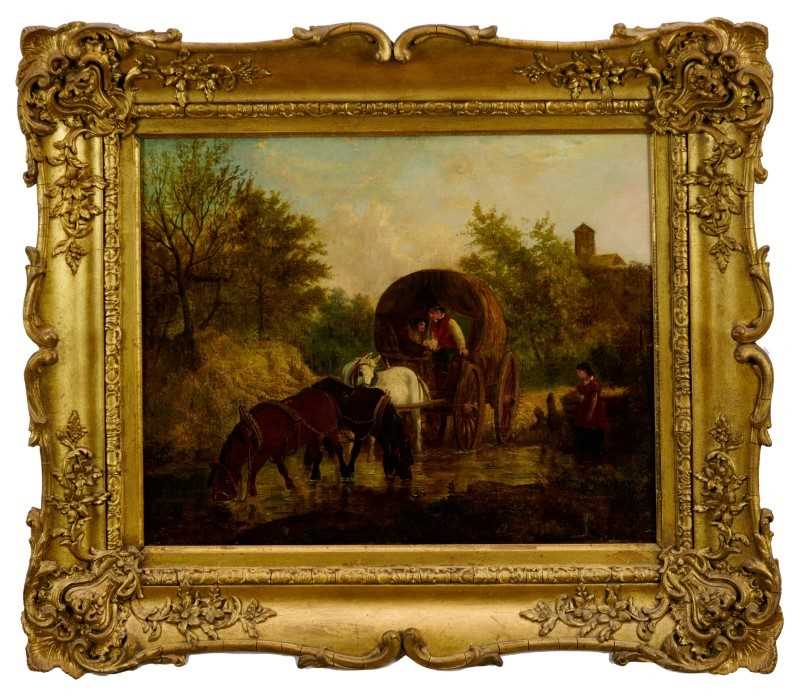 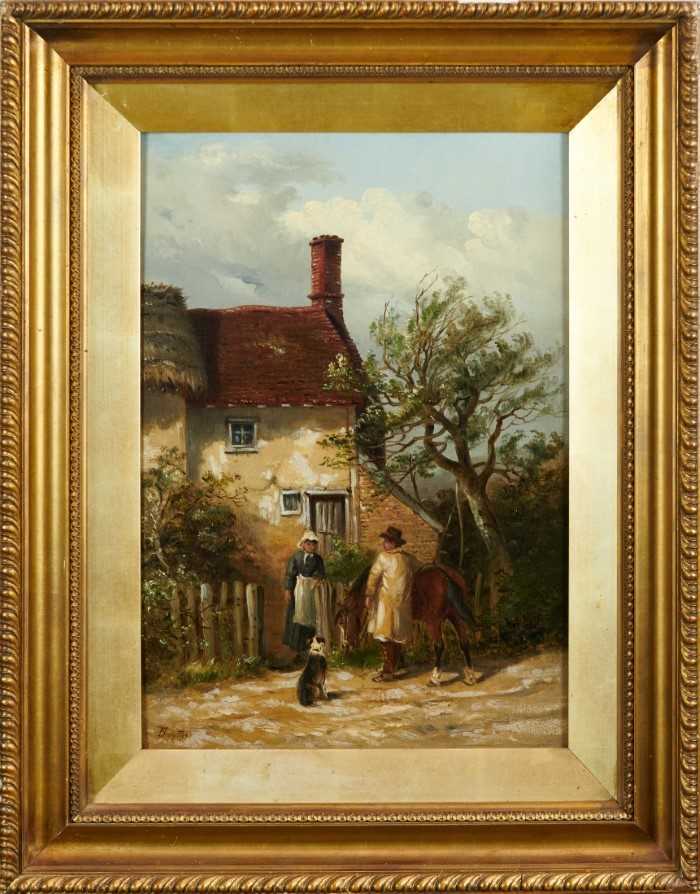 Thomas Smythe, oil on panel, Figures beside a cottage
Sold for £600 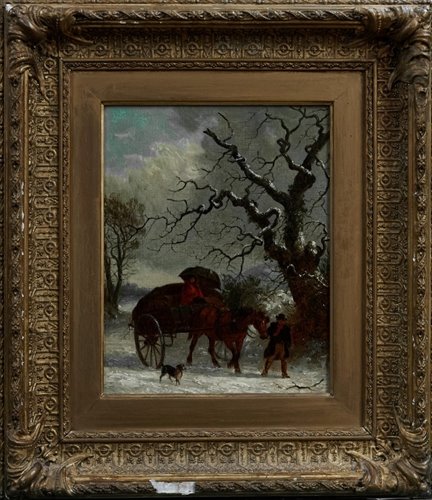 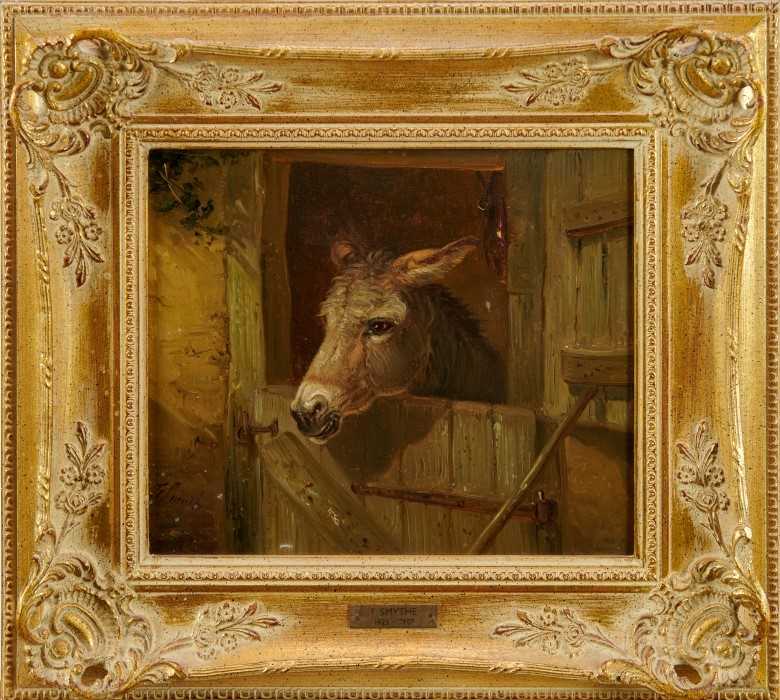 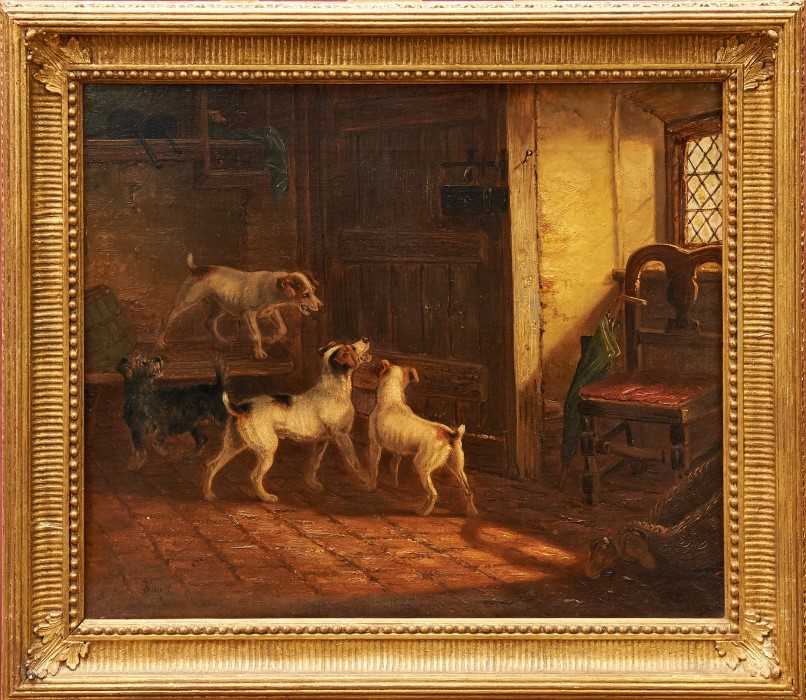 Thomas Smythe oil on canvas - Terriers in an interior 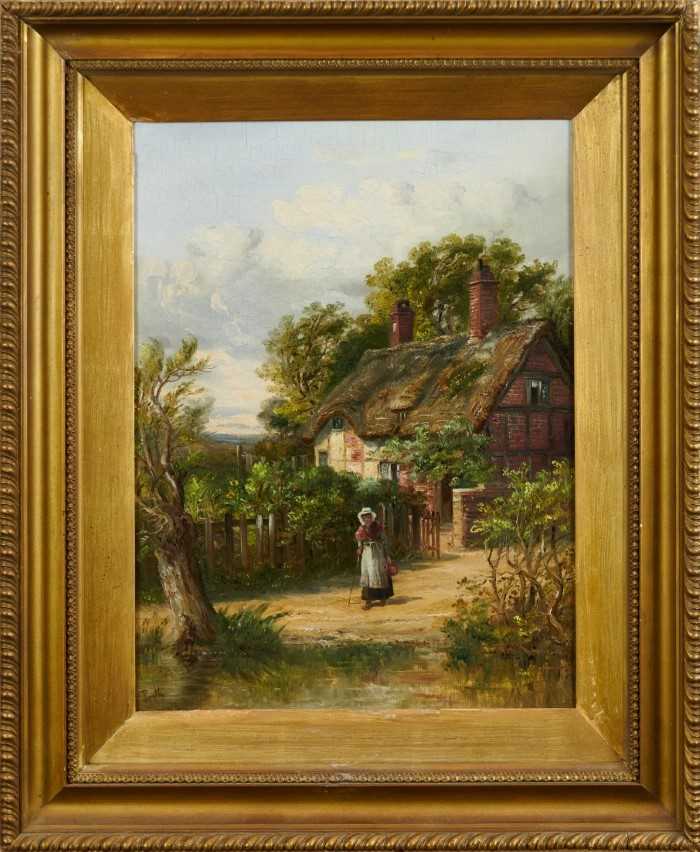 Thomas Smythe oil on canvas, figure beside a cottage
Sold for £560