Jonathan is an accomplished Auctioneer specialising in fine art, wines and spirits, taxidermy and field sports memorabilia. He is a trustee and director of several prominent art trusts such as The Cedric Morris Foundation and The Victor Batte-Lay Foundation. His considerable and enigmatic rostrum presence has made him a sought-after Charity Fundraising Auctioneer.

Jonathan started working for Reeman Dansie in 2004 as a trainee auctioneer and valuer, having worked as a part-time porter whilst at school. His love of auctions has been passed down from his grandparents, who attended auctions themselves with a distinguished passion for the fine arts and collecting. Believe it or not, as a child he only ever wanted to be one of two things: an auctioneer or an undertaker!

As a specialist in Victorian watercolours, Jonathan gains great enjoyment from artwork providing a window into times past. Jonathan is passionate about traditionalist depictions of the British landscape and is himself an avid collector of sporting and hunting memorabilia. He handles a broad spectrum of genres that span from traditional artists such as John Constable to contemporary artists such as Maggi Hambling.

Some significant auctions in Jonathan’s portfolio, which have created considerable interest, include a collection of ten Edward Seago oils and watercolours belonging to the famous Royal butler, William Tallon, who was a personal acquaintance of the artist, a collection of Cedric Morris oil paintings, which came direct from his studio and The Peter Collins studio sale.

Jonathan was made company director in 2019, having worked with Reeman Dansie for over seventeen years. He is passionate about retaining the company’s family-run, personable, appeal which maintains a conscious adaptation with the modern world, embracing modern technology in order to achieve the very best results for their clients 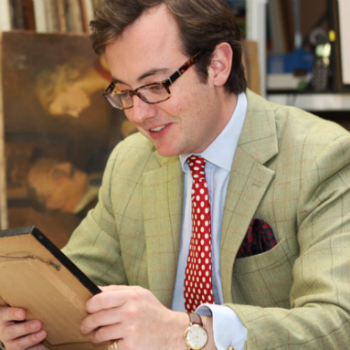