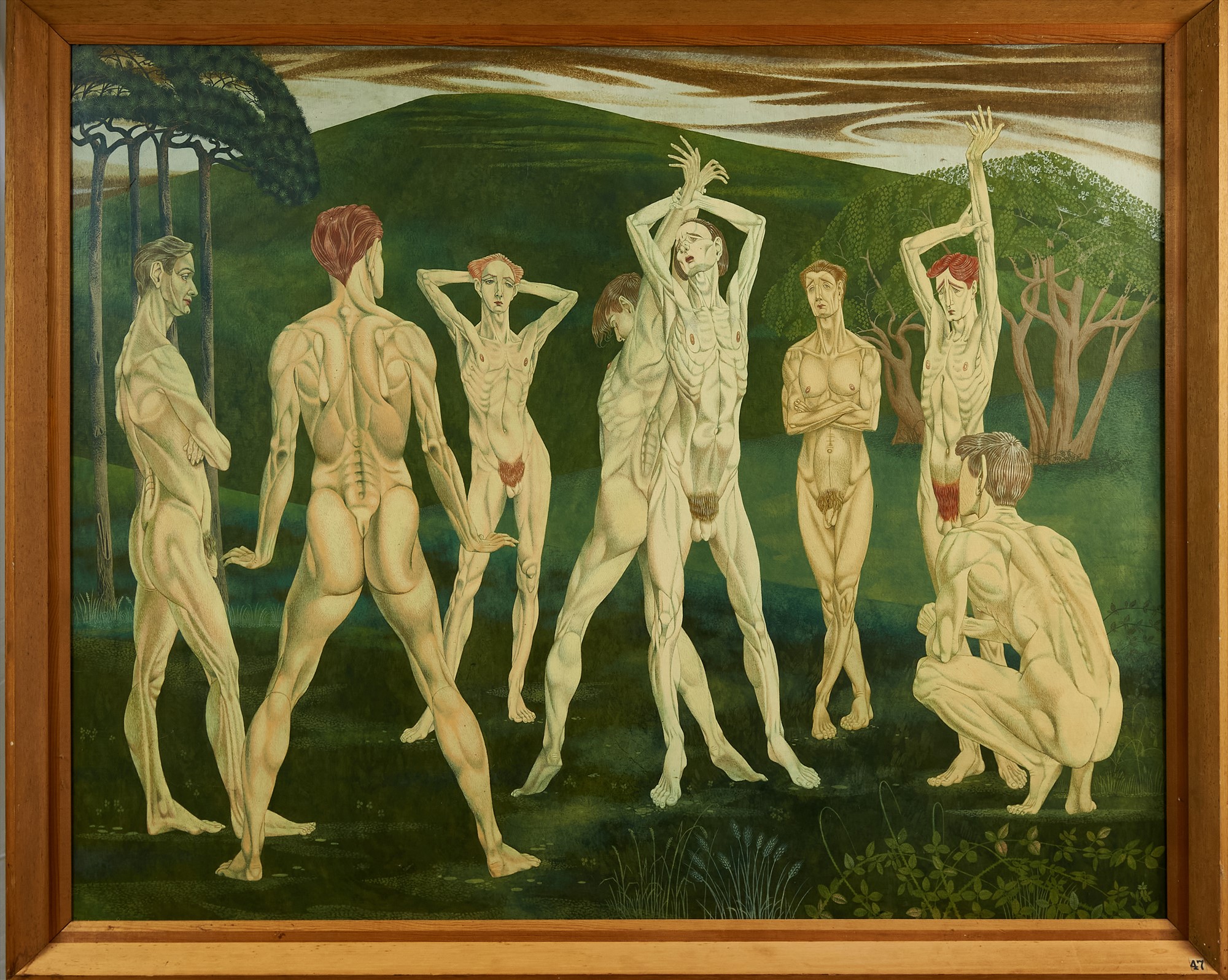 Reeman Dansie are proud to announce the sale of an extensive collection works from the studio of Francis Plummer (1930-2019). Plummer trained at the Royal Academy Schools in the early 1950s, championed by Stanley Spencer and Sir Herbert Read, he was the recipient of the coveted Leverhulme Scholarship. In a mixed career which included illustration work for The National Trust, anatomical illustration for Guys Hospital and teaching, painting ran parallel to his commercial work. Plummer specialised in the medium of egg tempera, a technique little used since the frescos of the Renaissance, he often worked on a large scale, but in tremendous detail, combining Classical iconography and formal composition with visual exploration evocative of William Blake and Stanley Spencer. His principle focus is the depiction of the human form. He exhibited widely at venues including The Leicester Galleries, Leighton House Galleries and London House Galleries. Part one of the collection comprising around 40 works will be sold on February 11th with pre-sale estimates ranging from £100-500