Colchester Auctioneers Reeman Dansie believe the public’s appetite for art and antiques has surged post-lockdown. They have experienced a significant upturn in prices and numbers of bidders in their Summer sales. This was most evident in their dedicated East Anglian Art sale on the 30th of June and 1st of July, a sale which to ensure safety, took place without members of the public in the saleroom.

Despite the auction being an unattended sale, there were 1500 registered online bidders, and several hundred phone bids engaging throughout the 1209 lot sale, resulting in a sold rate of 85%. The public were able to view lots prior to the sale, though this was organised on an appointment basis to ensure numbers were kept at a safe level. Those attending were treated to an exceptional array of antique silver, jewellery, ceramics, furniture and furnishings and even the odd vintage car. The picture element of the sale was dedicated solely to East Anglian Artists, a specialist collecting field which Reeman Dansie is renowned for. Many of our Region’s leading artists were represented including Sir Alfred Munnings, Edward Bawden, Dame Elizabeth Frink and others. The sale also included works by the man who made East Anglia synonymous with painting, John Constable. These included lot 1022, a pencil estuary scene which sold for £11,000, and the top price of the day, for a small oil on panel cloud sketch, described as ‘circle of John Constable’ which far exceeded estimate, selling for £16,000. Elsewhere in the sale, world record prices were set for artists’ works including £7,000 for an alabaster sculpture by Richard Bedford. Lot 1117, a watercolour depiction of Dedham High Street by Suffolk favourite Leonard Squirrell, was keenly contested, selling for £3,200. Other auction highlights included £13,000 for a 19th century library clock by the famous Vulliamy family of clockmakers, £12,500 paid for a set of six Early 19th century coade stone Classical roundels, £2000 for an 18th century Jacobite wine glass. Lot 769, a Maori carved jade battle club, acquired by a Gentleman traveller in the 1820s and remaining in the same family since, sold for an incredible £12,500. Collectors were also drawn to Lot 710, a very rare fruitwood trencher dated 1744, trenchers were essentially a wooden dinner plate and were common at the time but rarely survive, they are usually undecorated but this scarce carved example bore the legend ‘you are welcome to use me but pray don’t abuse me’, and sold for £5,600.

Launched at the end of the 1960’s, this sharply styled 2 door coupe offers exclusivity that James Bond could only dream of, with far fewer produced than Bond’s Aston Martin DB5. What is it I hear you ask? Well it might just be the best car you’ve never heard of before- a Trident Venturer. 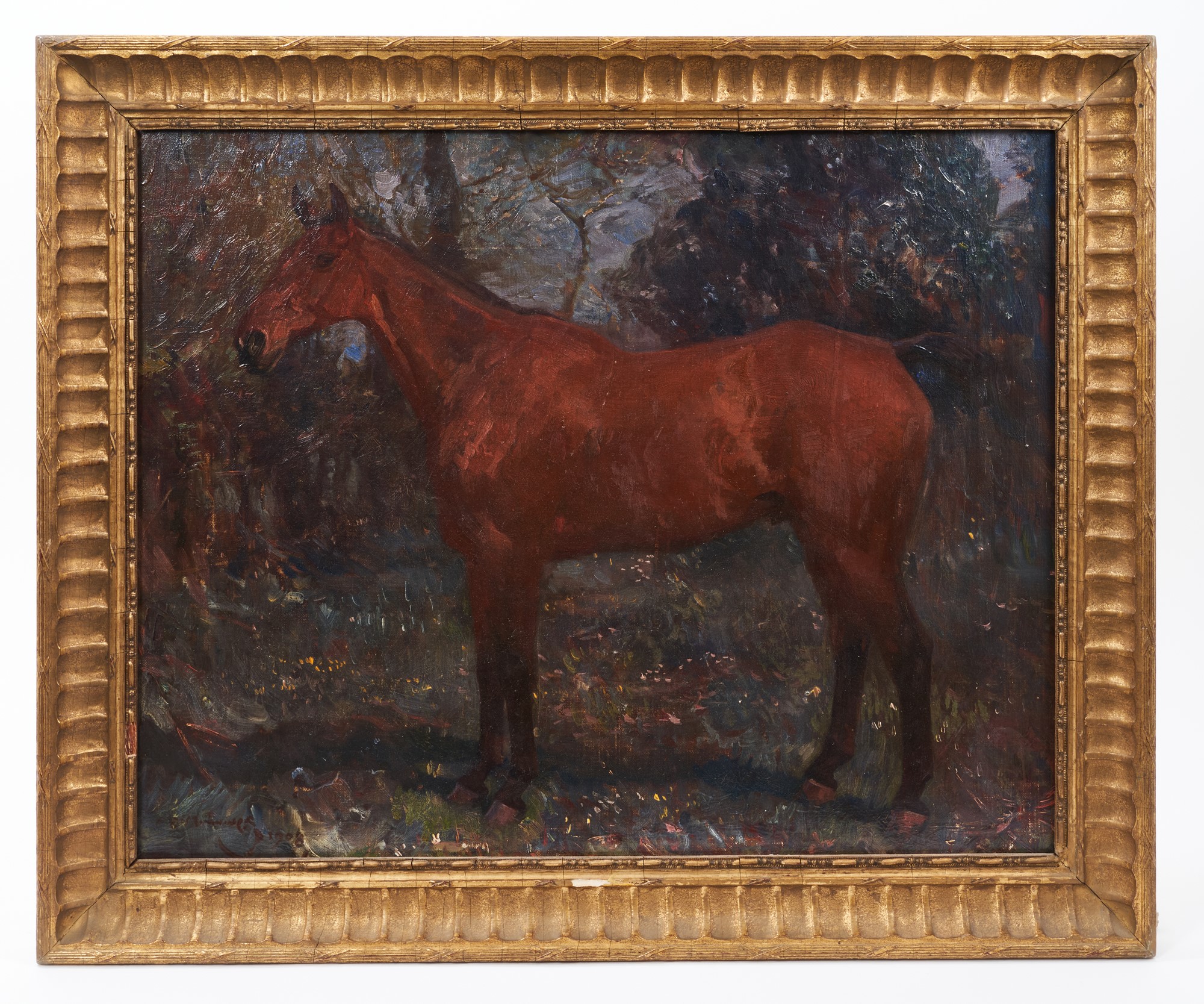 Featuring in our Spring Fine Art Sale on the 26th and 27th April. Oil on canvas - A Bay Hunter in Landscape, signed and dated 1908, in gilt frame.